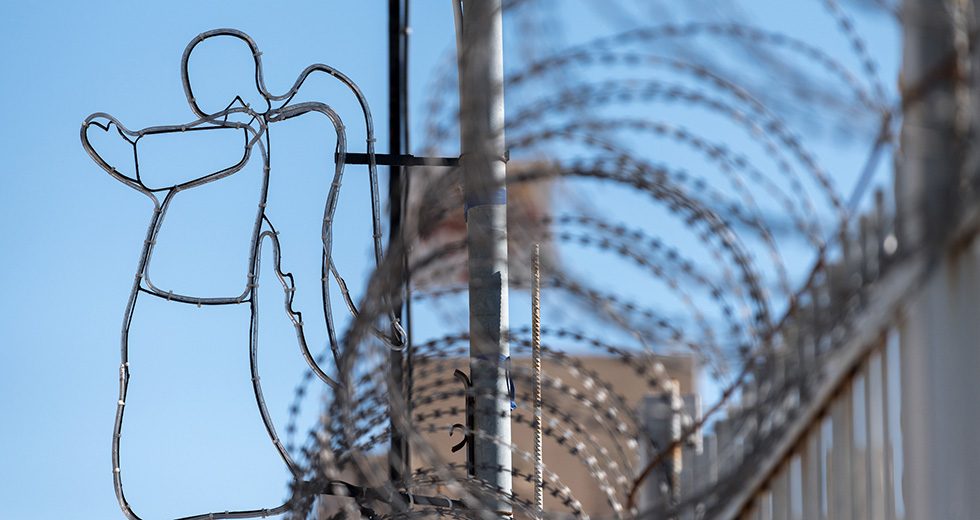 “Glory to God in the highest heaven, and on earth peace among those whom he favours!”
—Luke 2:14

This last year has made us realize how violent our world is. Of course, the situation in Ukraine has opened our eyes to the realities of war and the devastation it brings. And while news of Ukraine is often reported, we are also aware of the continuing situations in Yemen, Palestine, Myanmar, and many other parts of the world, which often go unreported. On the other hand, we also know of the contexts of covert, quotidian, almost banal violence that takes place through poverty, patriarchy, and racism.

At the heart of it, the scandal of Christmas is that it is about a young unwed mother. There can be no denying that Mary was barely a child of fourteen or less who was pregnant. While this may have been acceptable in the times in which she lived, what we know today is that teenage pregnancy is a risk to the health of both mother and child. This is particularly true in a context where the sexual and reproductive rights of women are systematically being deprived. Even today, the number of pregnancy-related and easily avoidable deaths is alarming. But what is beautiful about the story of the incarnation of God into our world is that men are missing. The story is about a woman, a girl, and God, who is beyond gender, and a baby! The man is missing from the equation, and though Joseph does step up, he plays virtually no role in the story of the incarnation.

In the most significant event of history that occurs, man is missing in the event of God becoming flesh. This single event is a challenge to patriarchy and the violence of patriarchy. God brings salvation to the world through a girl, the Spirit, and a baby.

And at the centre of Christmas lies a baby! This is the paradox of God’s plan of salvation for us all. This is mainly seen in the proclamation made to the shepherds, particularly in Luke 2:10-11. The verse builds up great expectation when it records the angel saying, “I am bringing you good news of great joy for all the people.” The anticipation builds further when the proclamation of “the Lord,” the “Messiah,” being born in the “City of David.” But the great anticlimax comes in the following few lines, which tell us that this Lord, the Messiah, is wrapped in bands of cloth and lying in a manger. Scholars suggest to us that weak babies were wrapped in swaddling bands to offer support to weak limbs.

On the other hand, being born in a manger, a stinky smelly place where no one in a healthy mind would place a newborn, indicates extreme poverty. Immediately we notice another surprise, another paradox, the Messiah, the Lord of all, is born in weakness, physical infirmity, and extreme poverty. Salvation in the world does not come from the powerful but from the weak and the poor child. The Dalit child, those living with physical disabilities, become our hope for the future. This should make us rethink how we think of children. Children in the context of Christianity and the church are given a secondary place. They are never part of the leading service but are shunted to Sunday school, a babysitting class, while the adults do the “real thing.” We need to rethink how we as a church consider children. According to what we see at Christmas, children are not just to be taught but also those from whom salvation comes to the entire world.

At the centre of Christmas also lies a migrant, refugee family and outcasts in the form of the shepherds. The Holy Family, it must be remembered, were from Nazareth but had to migrate to Bethlehem because of the census decree. At the same time, it is also about shepherds who were not allowed into mainstream Jewish society because they were thought to be unclean. Yet we find that the challenge of Christmas is that salvation comes from those who lie outside mainstream society. We must note that the good news about Jesus is not proclaimed in the city centre, from the town squares, or even amid the temple or synagogues; instead, the chorus of angels speaks of the good news in the fields among shepherds.

The incarnation of God is a paradox, a surprise, not only because God becomes flesh but because it challenges the basic assumptions of the dominant society. It brings true peace to this very violent world.

And as we celebrate Christmas, we call on you to work to overcome violence. May peace be upon us.

—Philip Vinod Peacock, Executive for Justice and Witness, on behalf of the Collegial General Secretariat