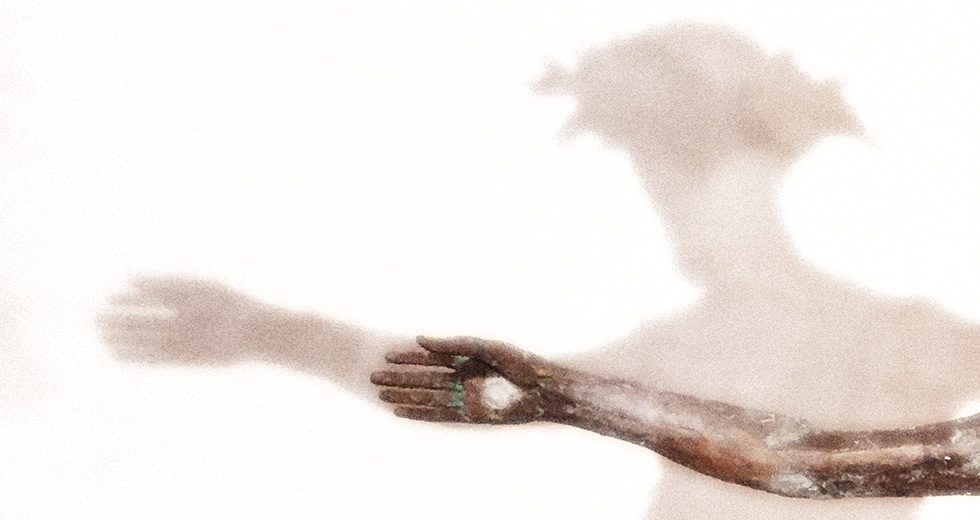 The hand of the LORD came upon me, and he brought me out by the spirit of the LORD and set me down in the middle of a valley; it was full of bones. He led me all around them; there were very many lying in the valley, and they were very dry. He said to me, “Mortal, can these bones live?” I answered, “O Lord GOD, you know.” Then he said to me, “Prophesy to these bones, and say to them: O dry bones, hear the word of the LORD. Thus says the Lord GOD to these bones: I will cause breath to enter you, and you shall live. I will lay sinews on you, and will cause flesh to come upon you, and cover you with skin, and put breath in you, and you shall live; and you shall know that I am the LORD.”

So I prophesied as I had been commanded; and as I prophesied, suddenly there was a noise, a rattling, and the bones came together, bone to its bone. I looked, and there were sinews on them, and flesh had come upon them, and skin had covered them; but there was no breath in them. Then he said to me, “Prophesy to the breath, prophesy, mortal, and say to the breath: Thus says the Lord GOD: Come from the four winds, O breath, and breathe upon these slain, that they may live.” I prophesied as he commanded me, and the breath came into them, and they lived, and stood on their feet, a vast multitude. — Ezekiel 37:1-10 (NRSV)

This last year has been hard in the life of our world. All of us in this Communion of over 100 million faithful have gone with Ezekiel and encountered an endless valley filled with the bones of broken bodies—those destroyed and uprooted by war, violence, climate change, poverty, hatred and discrimination. Creation itself is wounded and in peril!

Through our prayers, we, like Ezekiel, have been led to valleys of bones, to broken places: to those pushed off their lands and denied livelihood; to those saying no to a culture of rape and violence against women; to those who struggle for life against a market economy that puts wealth in the hand of the few and bleeds the life from the many; to those who have simply lost hope and direction. The Spirit guides us to where life is threatened, where our churches seek migration justice for those forced to flee their homeland, where churches struggle for non-military solutions to war and conflict based on dialogue and reconciliation rooted in justice, to where people of faith join with all those who struggle against racism, casteism and white supremacy.

And the God of Life in the midst of the valley presses us with the hardest question: “Can these bones live?” We call on God for that answer, but the Spirit—through those who are most violated, oppressed and excluded—answers back: “Prophesy to the broken bodies. Breath will return, life will animate again that which has been put down.” But we must be part of the picture! Life will mean joining bone to bone, body to body, mobilizing for life and transformation by the very ones most afflicted.

The women who went to the tomb to stand among the bones of the broken Jesus asked also and were also given a task: “Go and tell.” Remember—remember Galilee where there is still a struggle for life and land—Jesus’ body joins with others to breathe life into the struggle for life.

One of the ways that God has used our Communion in the last year is to bring us together through our General Council and lead us to the valley of bones, to see clearly the threats to life. We were then called to prophesy, to connect the disconnected, to move into solidarity from brokenness. And we will be, as Ezekiel learned, a great multitude, filled with the Spirit, and we shall live, and we will recover the land, and the Lord will act.

At the Council we felt the disconnected, dry bones begin to come together when we celebrated the Joint Declaration on the Doctrine of Justification, saying that theological disputes of the past no longer have the power to divide us. We felt the rattle of bones getting new life as we signed the Wittenberg Witness with the Lutheran World Federation, pledging even closer common work between our communities.

In this tough year the dry bones have received the gift of life within our family of churches and beyond. We hear the rattling of Black Lives Matter moving for freedom. We hear the noise of holding hands across borders on the Korean peninsula. We hear Dalits and Adivasi peoples make common cause with all those who battle against exclusion and domination.

I saw the dry bones coming together and heard a rattling of life in a story from Florida, USA. A family was trapped by currents in the ocean as they tried to rescue their sons who had been pulled out by a riptide. Each person trying to help was unable to do it alone. And worse, they themselves got trapped in the swirl and pull of the current.

A woman on the beach decided that she would go out and bring them back but knew that the disconnected bodies on the beach would have to come together. She mobilized 80 people on the beach to join hands and link arms to form a human chain to wade into the water and rescue the family.

She called the disconnected to reconnect for life.

Our Communion has received such a call. Called to communion, committed to justice, we are brought by the Spirit to the valley of the bones, sunk up to our neck in fear and then mobilized in hope by God’s Spirit through the living power of the Resurrection of Jesus Christ

Easter blessings so that all may have life abundant!

← WCRC Welcomes the Call from Arusha
Member Church News: Reclaiming Jesus, Our Year with Her, Thursday in Black (and more) →