From the General Secretary: Arise and Shine 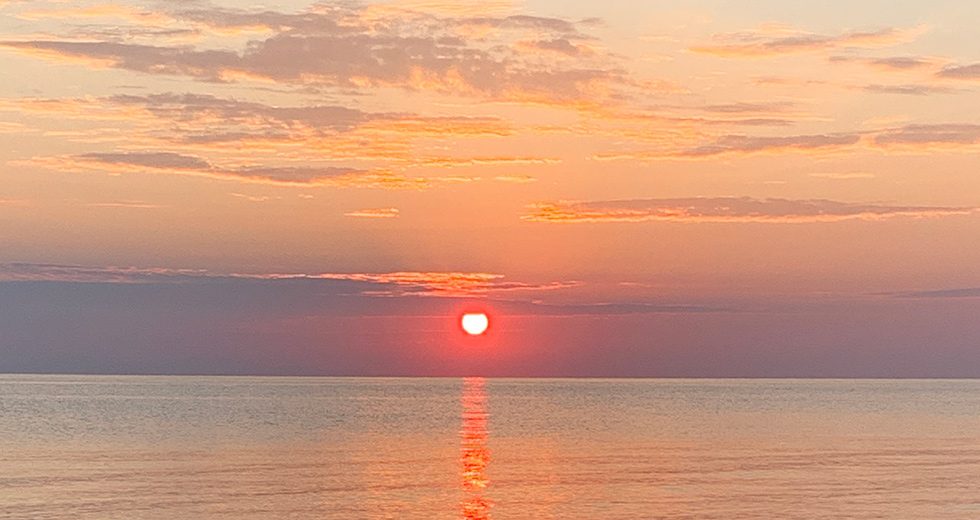 Arise, shine; for your light has come, and the glory of the Lord has risen upon you.
For darkness shall cover the earth, and thick darkness the peoples;
But the lord will arise upon you, and his glory will appear over you.
Nations shall come to your light, and kings to the brightness of your dawn.
—Isaiah 60:1-3 NRSV

The last six months has been the toughest of times for the whole world. It is not an exaggeration, and it is a rare moment in history about which it could be said that the whole world, all of the earth community, was so impacted. We all know by now that this world-changing moment does not just come down to the COVID-19 pandemic. It is that plus the convergence of at least three other interlocking global crises, each the fruit of the overreach of empire in imposing neoliberal market capitalism and its ideology and death-dealing spirituality as the motor of economic globalization. The ecological crisis, the economic and inequality crisis and the social justice crisis of systemic racism, patriarchy, authoritarianism, and toxic nationalism had all reached a boiling point when the pandemic hit to destroy more lives and both make things worse and at the same time expose the global situation for what it is in all its horror.

Even in the face of lockdowns and physical distancing and dealing with the life and death issues of the pandemic, the effect throughout the world of the seeing clearly the injustices and oppression of the current world laid bare did not just lead to lamentation. In many, many places and with many, many of the most vulnerable and the most afflicted the cries of the people and planet were cries of anger and protest. Faced with the murder of George Floyd as one example, a new chapter has been written. A new moment of naming and addressing systemic racism that is global in scope. Faced with authoritarianism and repression peoples are rising up. The uprising for climate justice has taken a new turn faced with the pandemic but it has not stopped. The model of exploitative capitalism that obliged the most vulnerable to sacrifice themselves for the profits of the 1% still tries to reinvent itself but now faced with a new growing and restive rising around the world demanding an economy of life.

Throughout our WCRC family we see our churches both responding to the realities of COVID and all the social and economic fallout that it brought but also reinvigorating their life and witness in response to the imperatives of the Accra Confession and the call for an economy of life. The actions range from the pastoral to the humanitarian to the prophetic and all seem in deep resonance with the WCRC strategic vision as a global koinonia, confessing the God of Life in a world fallen among thieves.

The words of Isaiah in chapter 60 speak directly to us. We do well to recall that chapter 60 comes after chapters 57 and 58 recount bleak failures of the people to address the deep and systemic injustices of their society and notably after condemning their religious practices for failing to embrace justice for the poor and vulnerable. Chapter 60 also comes before the strong expression in chapter 61 of God Spirit anointing God’s sent one to bring good news to the poor—the very verses quoted by Jesus in Luke 4:16.

This call to arise and shine is not to be confused with the hopeful context of chapter 40, where the exiles are now free to return to the land. No, here the situation is harsher. The return has happened but the situation of injustice and lack of faithfulness to God’s covenant of peace and reconciliation has gone from bad to worse, and the future promises an even more desperate turn.

The text speaks to us in the tight linking between two realities. Rise up. Shine like the dawning sun! You express the dawning of God’s glory. AND the darkness shall cover the Earth. Not did but shall! “…Thick darkness the peoples!”

Do not rise and shine. Move and act because things are getting better but clearly because they are not yet there, and because through us the Lord’s glory will shine as it has already risen upon us.

Isaiah is also clear that the task is structural, systemic, and global. “Nations will come to your light, and kings to the brightness of your dawn.”

In these toughest of times we discern the rising up of God’s creatures calling out for life and through the Spirit God calling us to join their lead and with them arise and shine forth.

To God be the glory. Amen.

This article was originally included in the September 2020 edition of Reformed Communiqué.