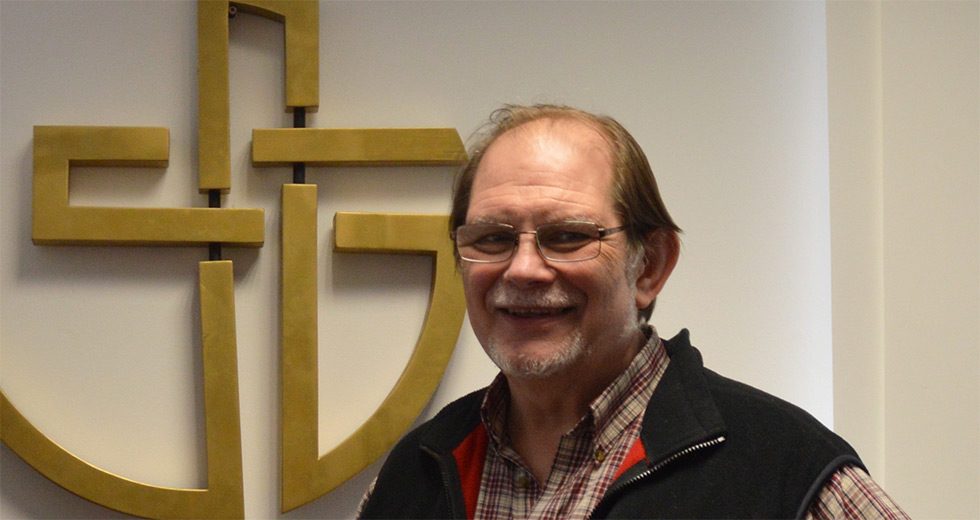 Always be ready to make your defence to anyone who demands from you an account of the hope that is in you (1 Peter 3:16).

Dear sisters and brothers in Christ,

The last few months have been very busy and very constructive in the life of our WCRC family.

The WCRC Executive Committee had a very positive and forward-looking meeting in Havana, Cuba, in May. At that meeting we firmly focused on the 2017 General Council meeting which we will celebrate together under the theme, “Living God, renew and transform us.” In preparing for the Council we reviewed the strategic plan that was developed in 2011 to implement the vision and priorities of the 2010 Uniting General Council held in Grand Rapids, Michigan, USA. With all that happened in the life of the Communion such as our previous financial challenges, the move from Geneva to Hannover and a prolonged search for a general secretary we had to admit that we had not accomplished as much as we had planned to. However with a much improved financial situation, stabilized staff situation and improved office, financial, database and administrative situations we are in a very good place to move ahead confidently in the planning for a very powerful General Council and to accomplish several crucial priorities of the strategic plan which in themselves will help guarantee a very constructive and successful Council.

The final chapter of our plan focuses on very exciting developments in theological and ecumenical relationships, like the decision to consult with our churches with a view to associating the WCRC with the Joint Declaration on the Doctrine of Justification, which is major theological and ecumenical breakthrough document of the Roman Catholic Church and the Lutheran World Federation (LWF) signed in 1999. Leading up to Reformation Commemorations in 2017 we now have the opportunity to add our assent and our unique perspective. Similarly the Executive has strongly affirmed taking a next step forward with the LWF in building on the Lutheran-Reformed dialogue results received in 2014 so that we can make even more present and real our communion and strengthen our unity.

We have agreed that we will hold a series of consultation to address issues within our Communion to strengthen our life and witness and to work through issues that impede our effectiveness and faithfulness or even threaten our unity. We will hold consultations on relationships with our regional councils, a special event on “Mission on the Frontlines” with churches in situations of religiously motivated violence and Christians in minority situations. We will also seek a special consultation on “Communion and Human Sexuality,” where together we will look at our differences around questions of human sexuality and how our approaches to those differences threaten both our unity and commitments to justice.

We fully embraced a document calling for a common faith stance on women’s ordination as an expression of full and equal participation of men and women in ministry.

We affirmed the importance of the Global Institute of Theology to be held just before and together with our General Council, contributing to the leadership formation of young theoligians within our family.

As an expression of our commitment to justice, solidarity and the public witness to which we are called we have agreed to a special focus on the peace and accompaniment process in Colombia, peace and reconciliation on the Korean peninsula, the situation in the Middle East including the deteriorating situation in Israel and Palestine and the growing crisis in Syria. We have called for a pastoral visit to South Sudan and a special visit to the Korean Christian Federation in North Korea.

As you can see this is a lot and it’s not all. Moreover it is just part of all that needs to happen so that the General Council actually lives out our theme to “renew and transform.” We are embracing fully renewal. We passionately seek the real transformation of the world. We are alive, empowered and invigorated by God’s Spirit. We are hopeful and engaged despite many, many challenges, limitations and past failures.

As I said to Pope Francis in Rome during our audience in June, we come with both joy and urgency; joy for all the achievement of unity and urgency because of the situation afflicting the planet and the people.

The full truth of systemic racism and militarized racial injustice in the United States explodes before us. Forced migration in numbers never seen in the history of the world demand our transformative attention. Poverty. Ecological destruction. War and violence, much of which is religiously justified, only extends and spirals out of control. We all see it, suffer it and are impacted by it.

And yet I am reporting a WCRC fully embracing in the most energetic way renewal and transformation. No turning away from the hard truths. No denying reality. And yet from that embracing all the realities we as a Communion have powerfully received the gifts of the Spirit. We are called forward and lifted up by God’s grace and in the following of Jesus Christ and are entirely surprised by the hope and sense of purpose and perspective that fills us with.

The text from 1 Peter calls us to account for the hope that is within. For the WCRC and our churches, in the face of almost insurmountable odd there is much. How to account for it. Well the passage from 1 Peter actually begins “Sanctify Jesus Christ as Lord.” This difficult-to-explain out-breaking of vigorous hope is grounded in the certainty of knowing that Jesus came so that may have life abundant.

May these months be filled with vigourous hope as we together face tough times.

This letter also appeared in the August 2016 edition of Reformed Communiqué.