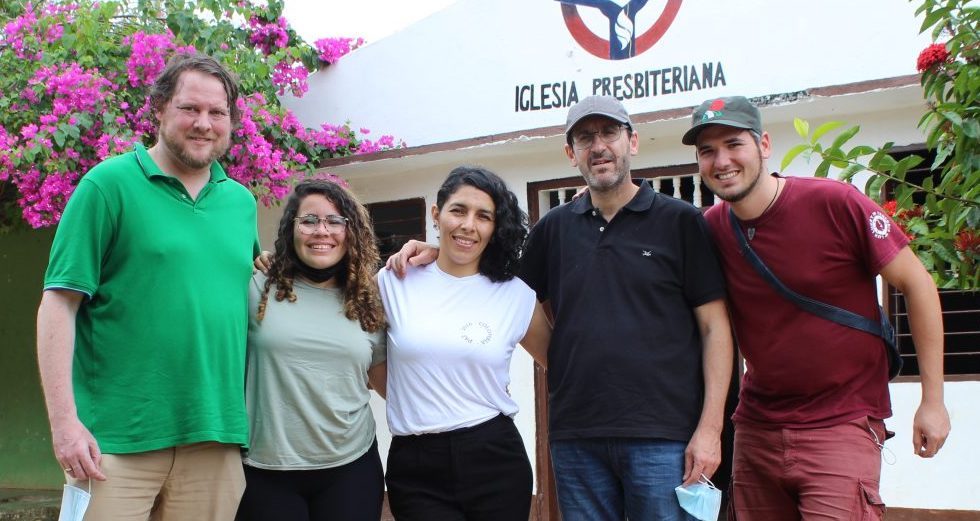 AIPRAL launched the #ZAQUEO (#ZacTax) project, an international campaign for tax justice and reparation, through a series of streamed seminars from the Reformed University in Barranquilla, Colombia.

“For many young girls, training with us is the last chance,” says Olivia Fafa Adzimah, director of the “Activity Center” training center in Ho, which is supported by the Evangelical Presbyterian Church in Ghana, a partner church of the North German Mission.

The United Protestant Church of France and the Waldensian Evangelical Church of Italy present a new series “The Emotions of Faith” which will be broadcast every day from 5 to 19 December at 18h00 (CET) on Twitter, Instagram, Facebook and YouTube.

Five years after the signing of a peace treaty, the international community that accompanies the peace process in Colombia through the Inter-Church Dialogue for Peace (DiPaz) was present through a pastoral visit to the territories.

Advent and Christmas are full of symbolism, customs, and stories. But where do they come from? Reformiert takes a look.

The discovery of unmarked graves at former residential schools for Indigenous children in Canada has recently been addressed in a short video from Indigenous Christian Fellowship in Regina, Saskatchewan, and in peer-group conversations among several Christian Reformed pastors in the Toronto area.

Centuries of dishonor: For Native Americans, the fight for civil rights is connected to treaty rights.

The Taiwan Ecumenical Forum for Justice and Peace will be holding a two-day webinar on 7-8 December under the theme: “The Neo-Cold War: The Resurgence of the Geopolitics of Global Empires in (North) East Asia.”

The World Council of Churches released an “Out of the Shadows” page sharing resources for helping individuals, churches, and communities act against violence and abuse against children.

“Strengthening women” is the topic of the current issue of EMS Insight. The 20-page, free magazine is now available from the Evangelical Mission in Solidarity (EMS). Responsible by an editorial team from Africa, Asia and Europe, the magazine opens up international perspectives on the member churches and mission societies of the EMS.

The Communication and Public Relations Department at the Middle East Council of Churches have now issued its digital Ecumenical calendar for the month of December 2021. It includes the Ecclesiastical and Liturgical feasts of the various families of Churches in the Middle East. In addition to international days identified by the United Nations, and which are related to the MECC identity and its spiritual and human mission.