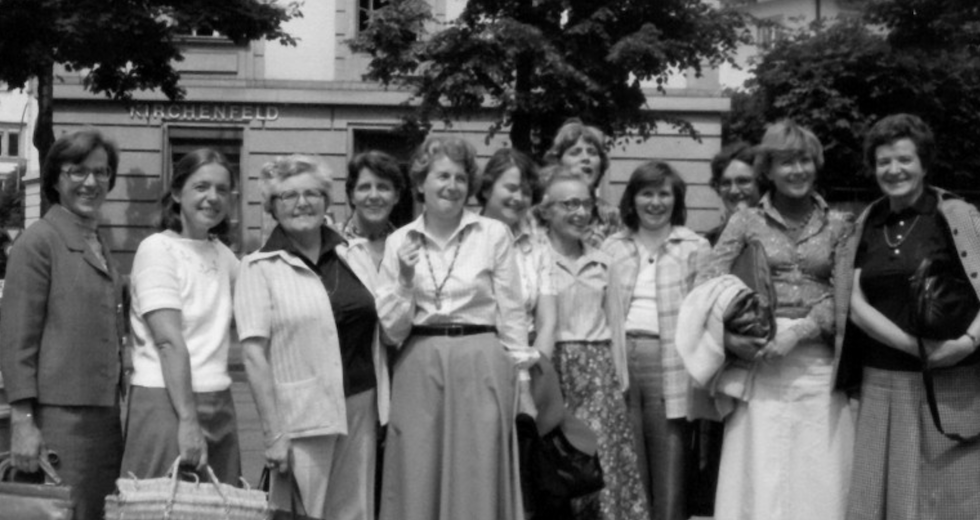 The United Church of Canada has launched its Korea Peace Appeal Ten Thousand Signature Campaign declaring, “70 years is enough. It’s time to end the Korean War.” The Korea Peace Appeal is a global campaign calling for a peace treaty that would bring a formal end to the Korean War. The campaign, supported by some 370 civil society organizations in Korea and beyond, seeks to collect 100 million signatures by 2023.

Uniting Church in Australia members marked a Day of Mourning on Sunday 23 January, holding worship services which invited people to reflect on the effects of invasion and colonization on Australia’s First Peoples.

The Protestant Women of Switzerland was founded 75 years ago. The association played a decisive role in the emancipation of Reformed women.

After decades of waiting, Israel allows unification of some Palestinian Christians with their families.

Dora Arce Valentín, pastor of the Presbyterian-Reformed Church in Cuba, speaks about the impact of the new Family Code on Cuban women.

The Evangelical Presbyterian Church in Chile shared its pastoral letter of 2022. In the missive, the Chilean sisters and brothers highlighted the past elections of the country, the process of the new political constitution, and invited thinking about the logics of economic growth without real social development.

The 35th annual Symposium on Worship will welcome guests from around the world to join online and in person from January 31 to February 4. This diverse group will worship and learn together for the free week-long gathering hosted by the Calvin Institute of Christian Worship and the Center for Excellence in Preaching located at Calvin Theological Seminary in Grand Rapids, Michigan, USA.

The systemic injustices of racism, colonialism and slavery—and how they feed into increases in violence and atrocities—held the attention of hundreds of people who attended the online Symposium on the Role of Religion and Faith-based Organizations in International Affairs.

Following the decision of the Executive Committee during its meeting of November 2021, the World Council of Churches (WCC) is posting the opening of three staff leadership positions: programme director for Unity and Mission, programme director for Public Witness and Diakonia, and director of the WCC Commission on Faith and Order.

Image: The central board of the Women’s Federation in 1978 (courtesy of zvg).