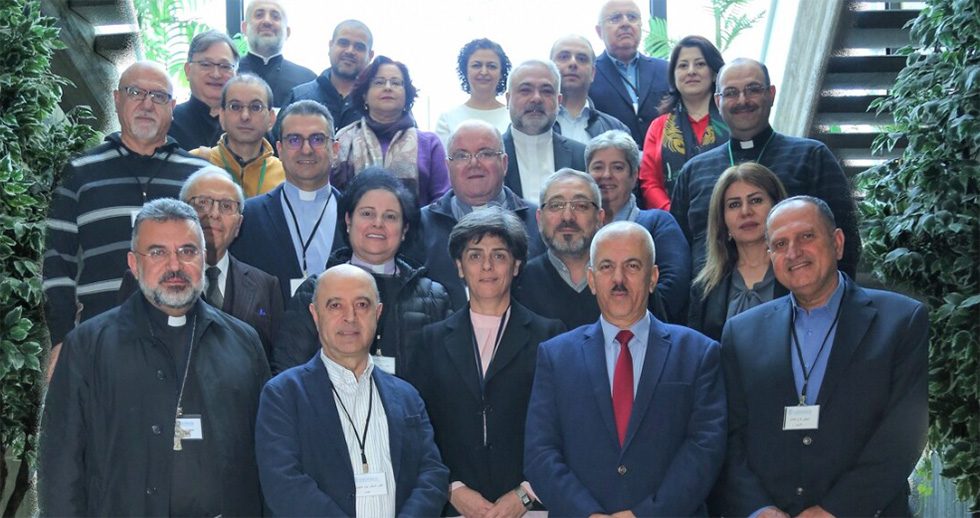 Deidre Palmer, president of the Uniting Church in Australia, and 15 prominent Uniting Church women lent their voices to the international campaign #FromOurHouseToYours.

Pastoral care in Aargau becomes ecumenical: the Reformed Church and the Roman Catholic Church in Aargau, Switzerland, want to lead pastoral care in hospitals and nursing homes together in the future.

A Christmas tree made out of recycled plastic bottles was the star attraction at a church in Scotland. It was one of 46 on display at Ullapool Church which held its first Christmas Tree festival at the weekend.

A pair of alpacas have become unlikely stars in Massey Presbyterian Church’s annual Christmas Drive-Through. Casting the animal participants in live nativity scenes has always been a challenge in New Zealand, where there are no camels to accompany the wise men who made the trek to Bethlehem.

Native Americans and Presbyterians write a new chapter of their history together: a former Presbyterian Church became the newly-created Sweetwater Cultural Center “to promote the education, health and welfare of indigenous or native peoples and to preserve their cultures and ceremonial practices locally, regionally, and around the Western Hemisphere.”

Religious leaders keep vision of peace alive on Korean Peninsula. Even as international tension mounts, religious leaders from North and South Korea renewed their exchange during a December meeting that kept the push for peace alive

The Theological and Ecumenical Department of the Middle East Council of Churches has launched its process entitled “Kairos Middle East Towards Churches Global Compact” in a first consultation seminar that brought together about 25 experts in theology and geopolitics from Iraq, Egypt, Syria, Palestine, Lebanon, Cyprus and Jordan.

A refresher training for diaconal mission agencies of churches and related organizations facilitated jointly by the Christian Conference of Asia and the World Council of Churches focused on the churches’ participation and mission in prophetic diakonia within the Asian context.

← Member Church News: Supporters, Reformers, Gatherers
And a little child shall lead them →