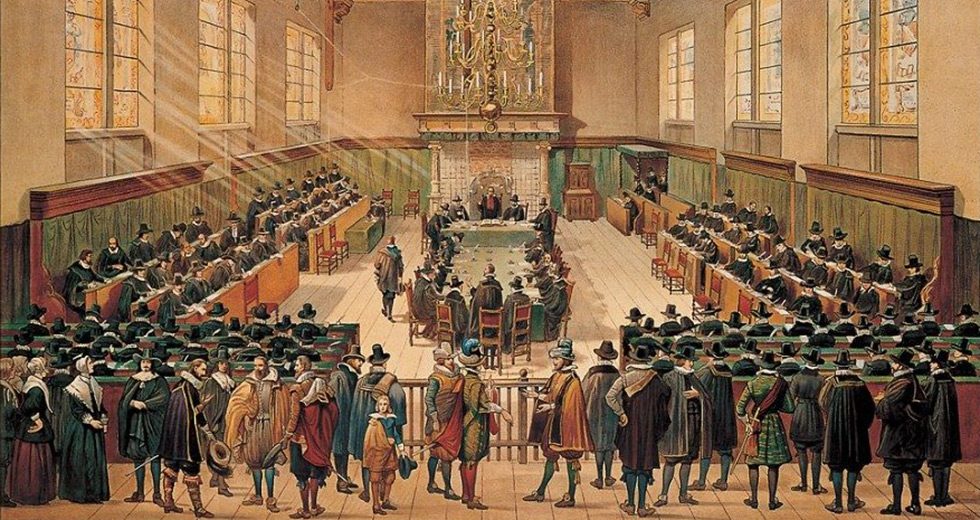 Some 500,000 people call for peace by joining hands across the Demilitarized Zone separating South and North Korea.

An ecumenical and interfaith coalition in Switzerland, including the Federation of Swiss Protestant Churches, are calling for the protection of refugees through the “In Front of You Is Always a Human Being” campaign.

The United Reformed Church has unanimously approved a proposal to divest from fossil fuel companies.

The Colegio Americano, an educational ministry of the Presbyterian Church of Colombia, celebrated its 150th anniversary this month. The school, older than the National University of Colombia, began in 1869 when Presbyterian mission worker Kate MacFerren began to teach English classes to a group of 18 girls in Bogotá.

René de Reuver, general secretary of the Protestant Church in the Netherlands, reflects on the first split between the Protestants and Remonstrants 400 years ago.

Presbyterian delegates attended United Nations Commission for Social Development and Commission on the Status of Women.

The World Council of Churches and Globethics.net have signed a new contract that expands online education, publications and resources related to the ecumenical movement.

“Green Reformation” consultation renews commitment to care for creation: Over 30 seasoned theological educators, emerging theologians and researchers, church ministers and practitioners engaged in grassroots adult education gathered at the Ecumenical Institute Bossey, near Geneva, Switzerland, 12-15 May, to reflect on eco-theology and theological education.