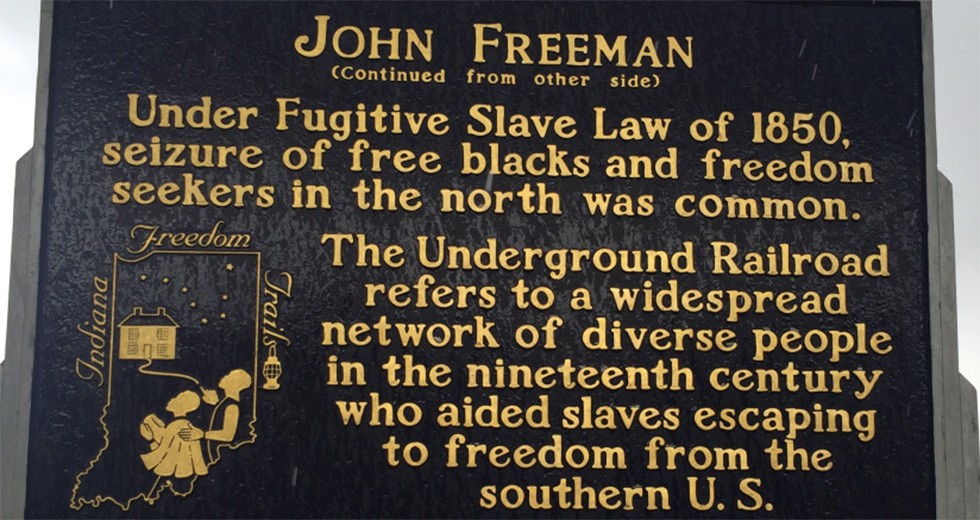 The Evangelical Church of Czech Brethren is hosting an international summer camp for young people ages 17 to 25this summer in the Krkonoše Mountains. Youth will experience fellowship, beautiful nature, and the chance to learn about other people, cultures and faiths.

Paul Oppenheim has shared his thoughts on the current tension on the Korean peninsula, making reference to Germany when it was divided.

Karen Georgia Thompson recounts her quest to Finding Freeman in Indianapolis, Indiana—and thus the implications of history on our lives today.

Craig Mitchell, the Uniting Church in Australia’s National Director for Formation, Education and Discipleship has a thoughtful reflection on children’s spirituality.

Tom DeVries asks for prayers for the Reformed Church in America as it moves toward a special council this weekend “to seek the guidance of the Holy Spirit to discern ‘a constitutional pathway forward…to address the questions of human sexuality as it relates to ordination and marriage.'”

Laura A. Smit writes about the recovering the importance of the Ascension for Reformed Worship

The Calvin Seminary community recently celebrated the release of Dr. Karin Maag’s new book Lifting Hearts to the Lord: Worship with John Calvin in Sixteenth Century-Geneva by hosting a conversation with Maag and Dr. John Witvliet, the Director of the Calvin Institute of Christian Worship.

As churches of Asia, especially in the Southeast Asian sub-region, have common history in areas of mission and ecumenical cooperation for decades, increased ecumenical engagement should be further strengthened for proclamation of the good news of the Gospel of Jesus Christ, said the participants of a consultation organized by the Church of Christ in Thailand.

The Council for World Mission is currently running Face to Face: Mission in the Context of Empire through the Lens of Migration and Human Trafficking, a seven-week programme that aims to invite the students preparing for ministry in cultural, social, theological and contextual realities to understand, to motivate and to engage with the realities on how the fullness of life is being denied to the large majority of the world’s population.

Diaconia in Dialogue—The Challenges of Diversifying Contexts, the sixth biennial conference on the research and study of diaconia and Christian social practice will be held in Helsinki, Finland, in September. Registration and a call for papers is now on.

A meeting between civil society organizations and churches in Colombia was organized with the support of Bread for the World to facilitate the creation of programmes to accompany the victims of the armed conflict in that country.