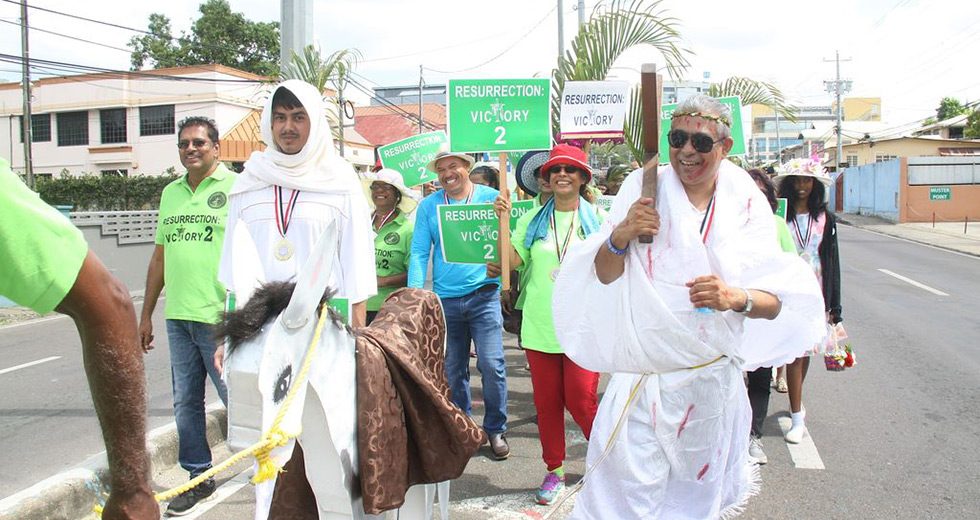 Eight local churches and the United Reformed Church Synod of Yorkshire have made divestment commitments as part of the Easter Declaration for Fossil Free Churches.

The Pastoral Care for the Promotion of Creation Care of the Evangelical Church of the River Plate (IERP) launched a book with catechetical material to work on the care of creation, prepared especially for children and young people from churches and communities of faith.

A former Church of Scotland moderator has played a key role in South Sudan peace talks.

The United Church of Christ’s general minister and president is joining a diverse group of 500 leaders converging in Washington, D.C. next week from across the United States, coming together around a common goal—to make climate action a national priority.

Many member churches and ecumenical partners have condemned the attacks on churches in Sri Lanka on Easter Sunday, including: Presbyterian Church of Trinidad and Tobago, Church of Scotland, United Church of Christ, World Council of Churches, Christian Conference of Asia.

A recently concluded Members’ Mission Forum of the Council for World Mission Caribbean region was challenged to consider whether the church would be more faithful to its roots as a movement than as an institution.

The Council of Communion of Protestant Churches in Europe (CCPE) has released a declaration in which it reminds the citizens of the European Union to consider the process of European integration as an act of peace and reconciliation in the wake of the devastating wars undertaken during the 20th century.

In trying to determine what is true and what is false in the world, one need only to look at Jesus’ “self-giving love primarily turned to those who have no one to turn to,” said the Very Rev. Anders Gadegaard, dean of Copenhagen Cathedral. Addressing a gathering of Christian communicators April 10 in Helsinki, Gadegaard also said all kinds of hate speech contradict Christian principles and must be opposed. The event, organized by the World Association for Christian Communication (WACC)-Europe region and the Conference of European Churches, adopted the theme, What makes us so angry? Hate speech, fake news, and communication rights.”