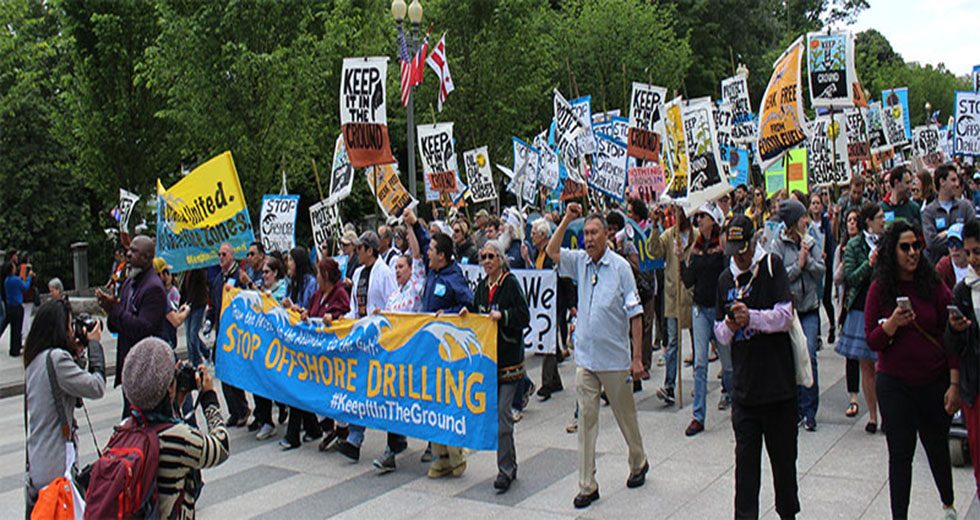 The United Church of Christ Council for Climate Justice and the Christian Church (Disciples of Christ) Green Chalice ministry are co-sponsoring the Rise for Climate marches taking place across the country on or near September 8th. The largest march is being planned for San Francisco ahead of the Global Climate Action Summit. The schedule for this march includes an interfaith worship service at 9 am before marchers line up by constituency at 10 am near Embarcadero Plaza.

An experience of living together with refugees inside a camp on the Thailand- Myanmar border helped the participants of the Asian Ecumenical Institute (AEI)  of Christian Conference of Asia to learn more about the ground reality of the refugees who experience the disgraceful humanitarian calamity of suffering and displacement. Read More

Council for World Mission’s programmes 2016-2019 such as the flagship Training in Mission (TIM) Programme have been designed and developed around nine such global themes, grounded in CWM priorities and informed by CWM’s vision of “fullness of life through Christ for all creation” and mission of being “called to partnership in Christ to mutually challenge, encourage, and equip member churches to share in God’s mission”. Read More

During a 23 August service in the Netherlands in the Nieuwe Kerk, a 15th-century church in Amsterdam, World Council of Churches (WCC) leaders will celebrate the WCC’s 70th anniversary at the very spot in which the organization was founded. Read More

Over 200 people gathered at the Galt House Hotel in downtown Louisville to join the 2018 National Gathering of Presbyterian Women in the PC(USA) for Friday’s peace and justice march. Drawing attention to “The Ninth Street Divide,” organizers hope the march raises awareness of the lingering effects of racism and discriminatory practices such as redlining that have resulted in segregation in Louisville and in many other cities in the nation. Read More

How can we revitalize Christian worship across congregational, denominational, racial, educational, and generational lines?Seeking to answer this question, the Calvin Institute of Christian Worship (CICW) operates the Vital Worship Grants Program, which annually provides grants of $6,000 to $18,000 to a range of organizations for the implementation of projects aimed at improving worship. Read More