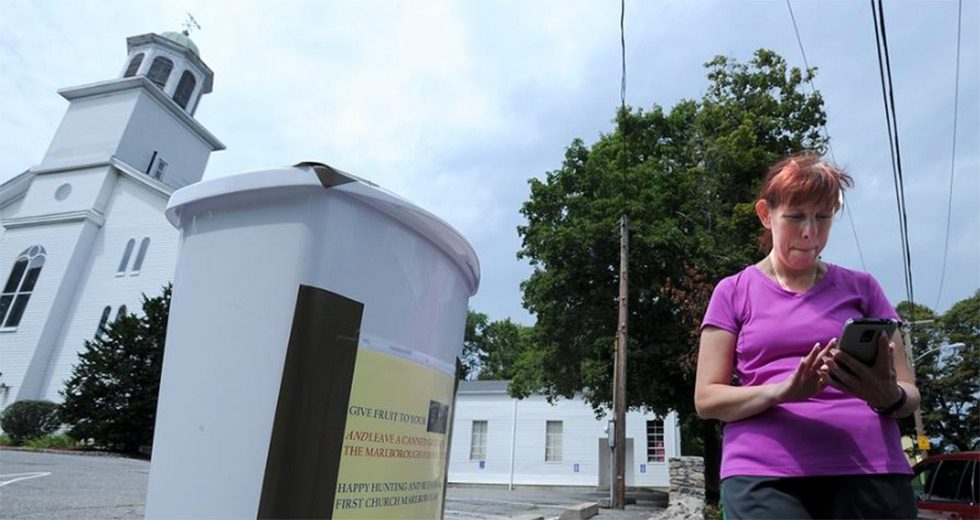 The First Church of Marlborough, Massachusetts, has challenged Pokemon Go players to leave a donation at the “PokeStop” in their church’s parking lot.

The Presbyterian Church in Taiwan and the United Church of Christ in Japan held their 15th missionary council in Tainan at which they finalized a cooperative missionary agreement.

In the midst of multiple tensions and ongoing polarization, both in church and society, Hispanic Latin Presbyterian Women came together under the theme “Connect…grow…serve,” based on Ephesians 4:14-16 for their triennial assembly.

Building Bridges of Understanding, a two-day workshop about cultural awareness for ministry, has been designed by the Uniting Church in Australia Assembly and has been successfully carried out in congregations and communities across the nation.

Several months after she arrived in New Jersey seeking political asylum, Najla Khudr is preparing salads and soups from Syria at a café that raises money to help refugees and other political asylum seekers. Khudr is among a handful of chefs preparing traditional dishes from their native countries at Global Grace Café, located in a quilt room in the Reformed Church of Highland Park.

The Waldensian Evangelical Church, a pre-Reformation church, is planning to use the 500th anniversary celebrations of the Reformation next year as an ecumenical opportunity of “mutual discovery.”

Almost a decade ago, members of the faculty, administration, and student body at Hope College (affiliated with the Reformed Church in America) started a conversation about adding a program of peace studies at the Holland, Michigan, campus. Last fall, the process reached an important milestone when the first “introduction to peace studies” course was offered to Hope’s 3,400 students, part of the school’s first ever peace and justice minor.

Cory Willson, a professor of missiology and missions at Calvin Theological Seminary in Grand Rapids, Michigan, moderated a panel discussion at the 2016 Calvin Symposium on Worship about how people might think strategically about the role of Sunday worship in breaking down the sacred/secular divide and raising up a people of disciples to live in the reign and rule of Jesus.