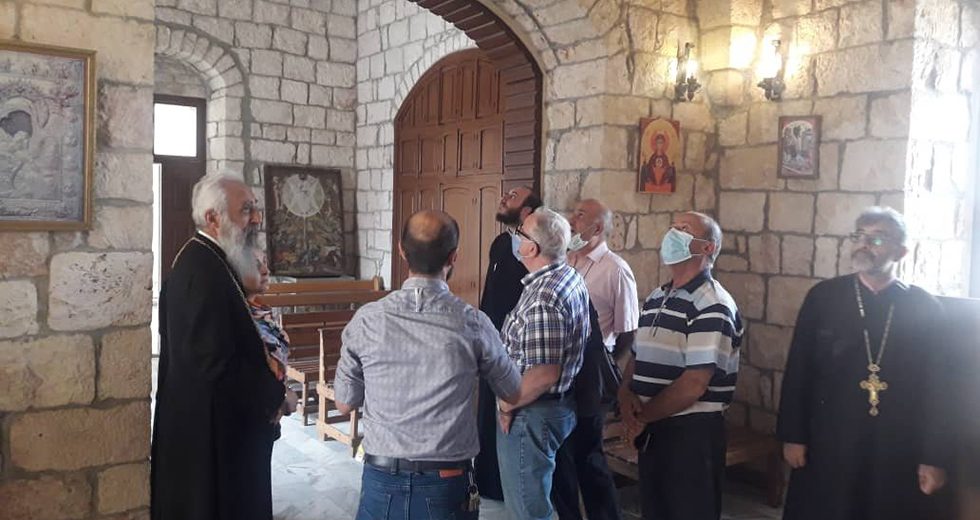 Member churches in Australia, Canada, and the United State are gearing up for the United Nations Climate Change Conference, which takes place in Glasgow, Scotland, from 31 October to 12 November, while partners are also preparing—and there are ways to engage with COP26 through ACT Alliance.

The civil rights victories of the 1960s drew a backlash from white supremacists. Today that backlash is rising again — meaning it’s time for another movement. That was the message from Eric K. Ward as he delivered the United Church of Christ’s 2021 Everett C. Parker Lecture in Ethics and Telecommunications.

The Evangelical Church of the River Plate has launched its Faith in the Resistance miniseries on faith and human rights with a video dialogue between Nicolás Schneider (Fe en la Resistencia) and Pastor Eugenio Albrecht.

“I believe the divine embrace is wide indeed”—Anna Case-Winters talks about pandemic-related work with the World Communion of Reformed Churches and her new book on the Incarnation.

On 12 October, Ofelia Ortega received a “Illustrious Daughter of the City” award from Matanzas, Cuba.

A letter of intent in the field of theological education will be signed between the Reformed University Corporation of Colombia and the Ecumenical Network of Theological Education-REET.

The 2021 “Annual Mission Symposium” of the Presbyterian Church of Taiwan focused on continued work and preparing for the next missionary movement.

The religious foundations of the values of European civilisation, the role of family, the protection of life, hidden or open anti-religion in Europe, are just some of the serious issues addressed by the participants of the interreligious conference entitled the Pillars of Modern Age Europe – coexistence of religious communities. The meeting was hosted by the Reformed College in Debrecen from 13 to 15 October.

A year has passed since the Middle East Council of Churches launched the “Restoration Fund for Rehabilitation of Faith-based Social Services & Religious Infrastructure Damaged During the Crisis in Syria” with the support of the international organization Kerk in Actie. The first phase of the program ended and the churches and their affiliated institutions got back to life after the restoration and rehabilitation works have been finished.

Taking its cue from a lecture by former World Council of Churches general secretary Philip Potter, the October issue of the WCC quarterly The Ecumenical Review explores the meaning of the “oikoumene,” which in Greek refers to the whole inhabited earth and gives “ecumenism” its name.