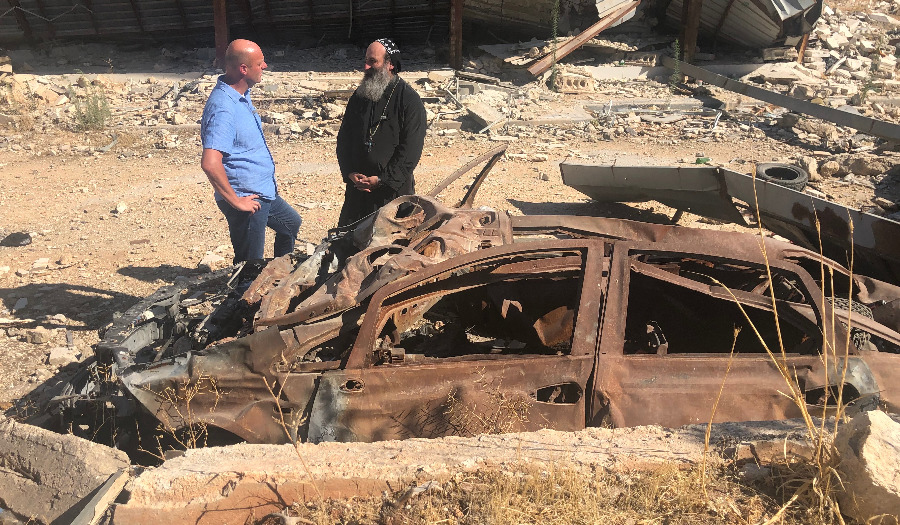 The Uniting Church in Australia co-signed the report on the violence at the anti-racism demonstrations in Papua and West Papua, Indonesia, which was sent to six special procedures of the UN Human Rights Council!

Pastor Kathrin Oxen, was elected as the first female moderator of the Reformed Alliance in Germany! Find out more about her work through this link!

The Church of Pakistan had a busy summer with organising an Interfaith Youth Camp and a Peace Conference! Read more about their events here!

The Scottish Churches Parliamentary Officer, Chloe Clemmons, is delivering a presentation on the current situation of churches in the United Kingdom at the Newspaper and Bible Conference in Budapest, Hungary! In an interview with the Reformed Alliance she explained about how the uncertain political situation impacts the work of the church in the UK. Read the full interview here!

The Dutch Reformed Church in Africa released a Press Statement on the growing violent crime incidents in South Africa and on how churches should react with understanding the root causes of the situation!

Solidarity week with the Leprosy Mission is scheduled for December at the United Protestant Church in Belgium!

The Bethlehem Bible College celebrates its 40th anniversary since it opened its gates to theologian students!

On 15th September more than a thousand Dutch churches joined the “The Rebuild the Church in Syria” campaign to collect money for the renovation of destroyed churches in Syria!

← New intern, Jessica Bwali, seeks to be a voice to the voiceless
MEMBER CHURCH NEWS: DALIT CULTURAL FESTIVAL, ECUMENICAL MEETING IN FINLAND AND INTERVIEW WITH A YOUNG THURSDAYS IN BLACK AMBASSADOR →