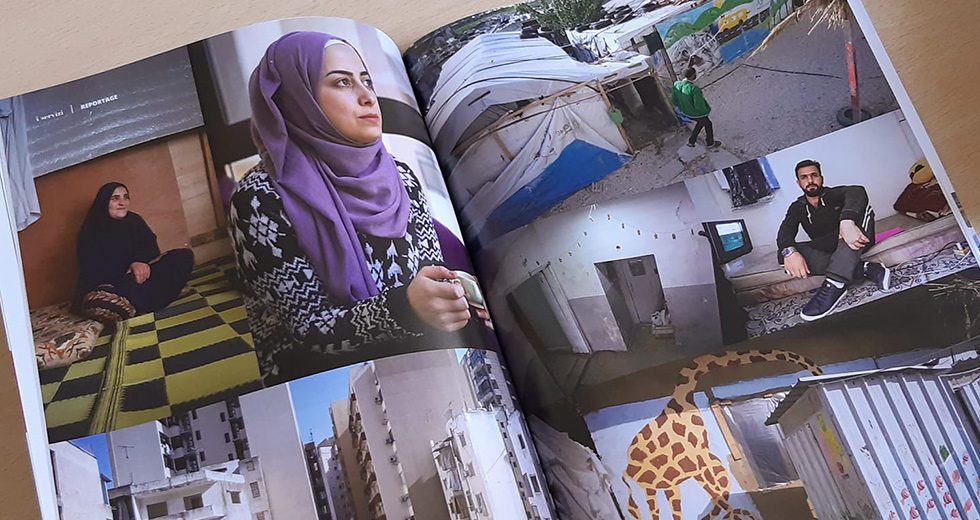 A door-to-door collection campaign by Kerk in Actie (Church in Action) in December raised more than a half million euros. The Netherlands-wide collection was organized because Kerk in Actie, the diaconal organization of the Protestant Church in the Netherlands, wants to stand up for vulnerable refugee children in Greece.

More than 50 Uniting Church in Australia congregations have held Day of Mourning services to reflect on the effects of invasion and colonization on Australia’s First Peoples.

On the afternoon of 26 January, religious men and women filed a petition for impeachment against President Jair Bolsonaro. The petition, written by the Brazilian Association of Jurists for Democracy, was supported by the National Council of Christian Churches of Brazil, the National Justice and Peace Commission, the Episcopal Chamber of the Anglican Church of Brazil, the Alliance of Baptists of Brazil, in addition to Catholic and Evangelical leadership.

The Protestant Church in Switzerland supports the Swiss Council of Religions in opposing the initiative that bans the wearing of veils. The vote will be held on 7 March, and the Church has added Protestant, Reformed viewpoints to the public debate.

Confronti Magazine and Study Center in Rome will soon launch an English-language version of its magazine called ConfrontiWorld. Confronti in Italian means “dialogue,” and ConfrontiWorld is “the world through the dialogue.” “ConfrontiWorld will be an important educational tool for Presbyterians to learn about a variety of issues ranging from the life of reformed minority churches in Southern Europe, migration and refugees, interfaith dialogue and inter-religious solidarity in the Mediterranean and important geopolitical matters in the area that lies at the crossroads of Asia, Africa, the Middle East and Europe,” said Luciano Kovacs, PC(USA) World Mission’s coordinator for the Middle East and Europe.

Religious leaders in Hiroshima and Nagasaki are welcoming the entry into force of the Treaty on the Prohibition of Nuclear Weapons, even as Japan’s Christian council “regrets” that the government has not supported or ratified the treaty.

Global ecumenical prayer shows “we are one world and one human family:” In a culmination of the Week of Prayer for Christian Unity, the World Council of Churches (WCC) held its first ever online global ecumenical prayer on 25 January, drawing attendees from across the world who came together in a spirit of hope.