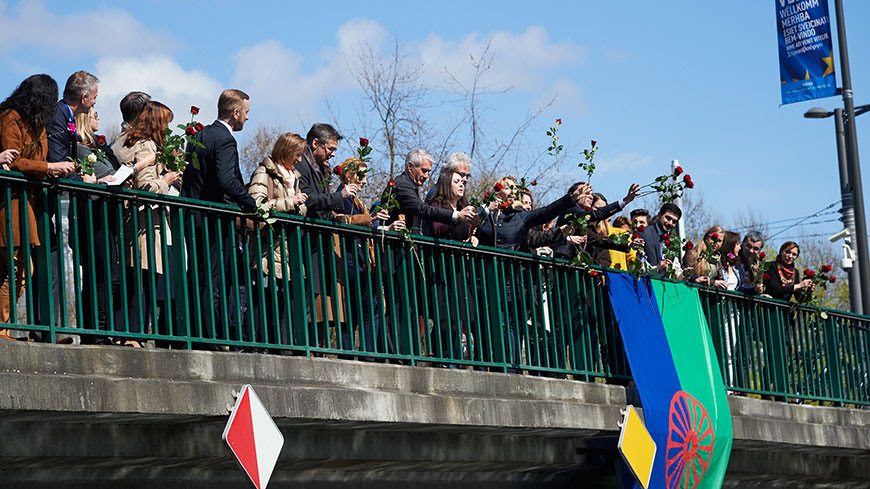 Picture by: Conference of European Churches

Porajmos: Remember the Roma Holocaust: The Conference of European Churches (CEC) and the Churches’ Commission for Migrants in Europe (CCME) remember this event, honour the memory of those who died, and encourage churches and all parts of society to work for reconciliation with the 10 to 12 million Roma people living in Europe.

‘Theological Conversations’ releases ‘Seeking a Correctable Conscience: “Conscience can be a tricky thing to hold accountable,” she says. “Using our own history and theology as a denomination, Thompson reminds us, that while conscience is a guide for us, it also needs a guide. In that sense, conscience is communal.”

Churches across the world invited to pray for Korean reunification: The theme for the prayer is based on Romans 14:19: “Let us then pursue what makes for peace and for mutual up-building.” The day of prayer occurs two days before Liberation Day in Korea (15 August), during which people celebrate Korea’s liberation from Japanese colonization. The joint prayer was prepared by the Korean Christian Federation (KCF) from North Korea and the National Council of Churches in Korea (NCCK) from South Korea.

Data collection tool nominated for award: Peter Timmerman, Southern Africa team leader of World Renew invited Mike Hillinga of DataBind Solutions in Guelph, Ont. to visit Malawi and Zambia back in March of 2016. Together they systematically went to villages and local church leaders to determine what was needed following a sustained period of drought in 2015 and heavy rains in January 2016. Near total crop failure and reduced harvest threatened famine. In trying to find information, an idea was introduced to streamline the process of gathering data and make the collection and analysis and reporting on the data simpler, more accurate, timely, useful, and meaningful.”

Accompanying Migrants in Germany: As a Global Mission Fellow working alongside both old and young refugees from Syria, Afghanistan, Somalia, Eritrea, and Albania with the International Migrant Ministries in Germany, I am learning about the plight of the migrants who face an uncertain future as they search for housing, learn new ways of living, and practice a new language.