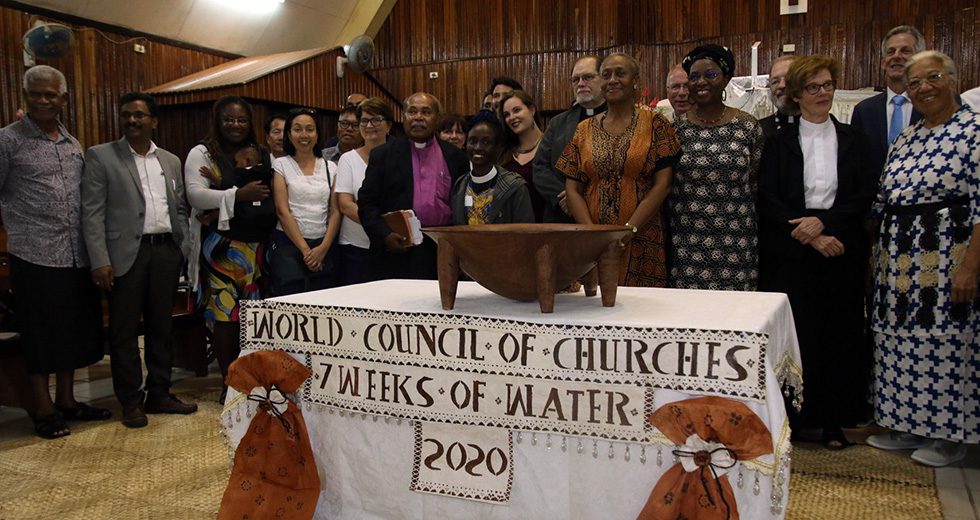 The Reformed Church in America’s “This Is My Story Project” is dedicated to sharing migrant and refugee stories. The goal is to give people with migration stories and those who have been blessed by them a place to share their experiences.

Bob Fu has been imprisoned more than once for his political and religious views. Despite this, he encouraged listeners at Calvin University’s January Series to also be willing to act on their beliefs.

Over 120 young people from the Evangelical Church of the Rio de la Plata asked themselves “What would Jesus do today?” at a youth camp held under the theme “Christian Ethics.”

A man who saved the life of a baby during the Rwanda genocide has been presented with a cow named after Scotland’s national poet. The cow, a precious gift in Rwandan culture, was named after Robert Burns by Chris Blackshaw, a Church of Scotland’s minister for the farming community in Ayrshire.

The pre-launch of the Lenten campaign “Seven Weeks for Water” was held in Suva, Fiji, under the theme “A Pilgrimage of Water Justice in the Pacific Region.”

The Middle East Council of Churches Executive Committee met in Cyprus, with their final statement calling for “the solidarity of the leaders as well as a solid cooperation to guarantee a bright future suitable for the Middle East and its value, where diversity is a model of living together.”

On the occasion of the Week of Prayer for Christian Unity, the Conference of European Churches, together with the Commission of the Bishops’ Conferences of the European Union , held an ecumenical prayer at the European Parliament.