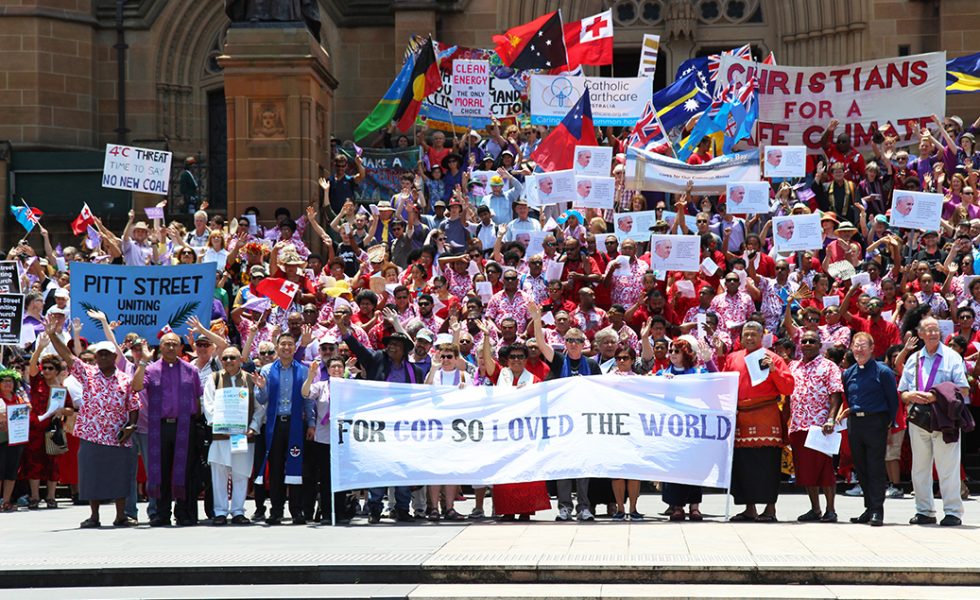 As we enter the Season of Creation in September, the Uniting Church in Australia responds to the call to love all creation and be responsible stewards of this earth by joining the climate strike action.

New resolution of the South Sudan Council of Churches presses for peace and justice!

Prof. Mary-Anne Plaatjies-Van Huffel, who was the first female minister to be ordained by a Dutch Reformed Church in Southern Africa, has been promoted to full professor of church history and church law at the University Stellenbosch!

Thousands of people visited the tent of the United Reformed Church at the Greenbelt festival this year to discuss about `Wit and wisdom`.

Delegates from 9 coutnries and 12 Presbyterian and Reformed denominations came together for the meeting of the Caribbean and North American Council for Mission under the theme: On the move together.

The Youth Leadership Conference of the Church of North India brought together young people from different parts of the country to discuss the topic of transformational mission.

The United Church of Canada launched its Hurricane Dorian Relief porgramme, as the hurricane leaves around 60,000 people without shelter in the Bahamas.

Historical churches met in Budapest to discuss their future in the current Hungarian society.

A member church of the United Church of Christ opened a new display, called “All God’s Children”, in the D.C. area. The exhibition consists of children pajamas and photos of migrant children, who passed away in the custody of the U.S. immigration system, to raise awareness of the circumstances in which children are kept at such facilities.
In the meantime the United Church of Christ leaders came together with Muslim leaders to urge a U.S. senator to support the lifting of the travel ban.

Our hearts are filled with sorrow as we share the grief of our brothers and sisters.
Last week we had to say goodbye to Rev Abival Pires Da Silveira, the former President of Aipral and former Vice-President of the World Alliance of Reformed Churches.
We received the news of Rev Graham Cook passing away with great sadness. He was the former moderator of the United Reformed Church General Assembly and one of their most influential ministers.
The pioneering Presbyterian, Rev. Patricia McClurg, who was the first clergywoman president at the National Council of Churches (USA) also passed away last week.
Our prayers and condolences are with the mourning families and churches!