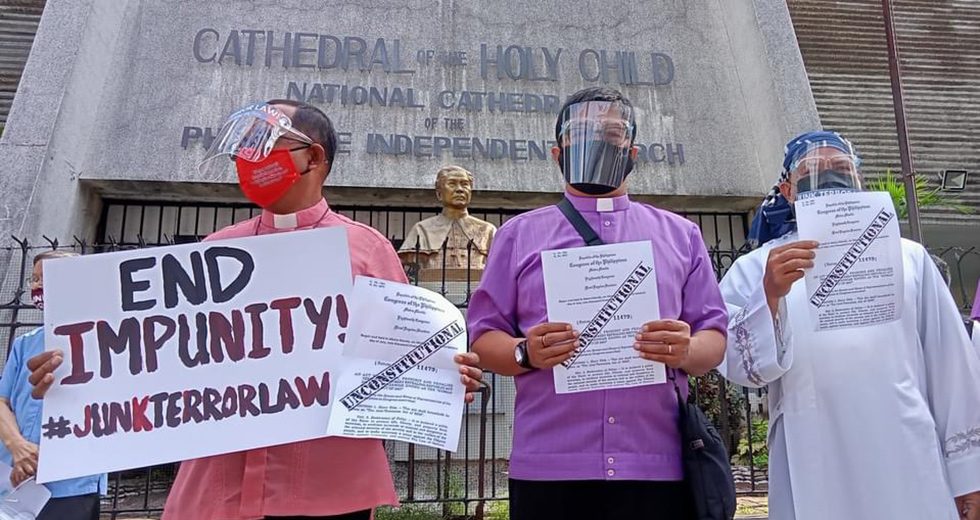 The United Church of Christ in the Philippines joins the Filipino people in advocating to repeal the Anti-Terrorism Law.

In Canada and across the world, the United Church and its partners are actively engaged in initiatives that lift people out of poverty, offer sustenance and support to those in need, and care for God’s creation.

On the eve of the parliamentary debate on the “separatism” bill, François Clavairoly, president of the Protestant Federation of France, warned against a suspicious conception of secularism, which confines the religious fact to the private sphere.

With its annual project “My hope and my joy” the women’s work in the Gustav-Adolf-Werk (GAW-Frauenarbeit) plans to support different projects of the Evangelical Church in Syria and Lebanon and the Union Armenian Evangelical Congregations in Syria.

Colin Watson, Sr., executive director of the Christian Reformed Church in North America, joined in an online conversation with Eddy Alemán, general secretary of the Reformed Church in America, to discuss the partnership between and the challenges facing their denominations.

The United Reformed Church has curated an ecumenical service of worship for Fairtrade Fortnight (22 February to 7 March), in collaboration with other Christian organizations.

The National Christian Council in Japan, in a “Statement Regarding the Enactment of the Treaty on the Prohibition of Nuclear Weapons,” expressed a “strong sense of disappointment that we have arrived at this point with the Japanese government neither approving nor ratifying” the treaty. While in Germany, a group of Christians including theologian Jürgen Moltmann and former World Council of Churches general secretary Konrad Raiser has demanded an end to the doctrine of nuclear deterrence.

Church and Diakonia in the age of COVID-19 by Mothy Varkey is the eighth book of the series “Re-imagining Church as Event: Perspectives from the Margins” to be published by the Council for World Mission.

The World Council of Churches celebrated life of Paul A. Crow and his passion for Christian unity. An ordained minister with the Christian Church (Disciples of Christ), Crow’s lifelong passion was seeking Christian unity. He passed away on 23 January.

Photo courtesy of National Council of Churches in the Philippines.