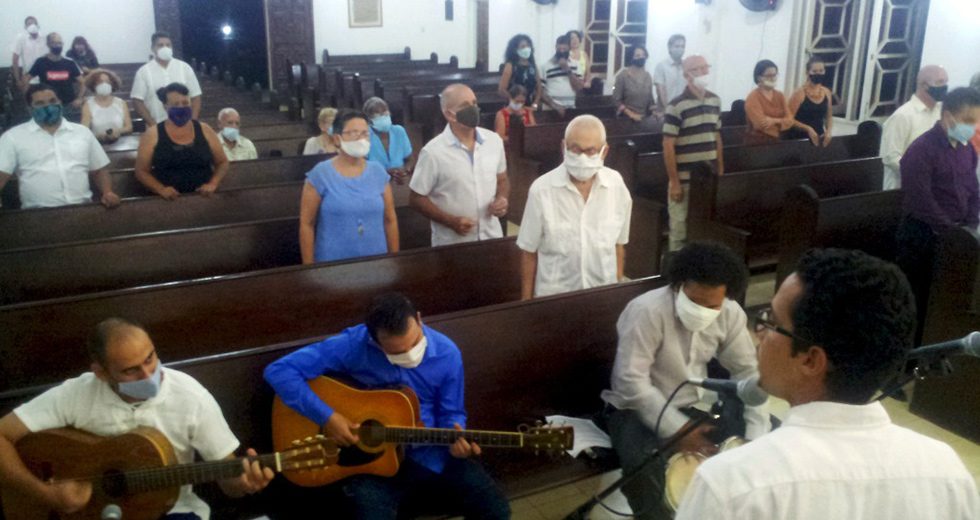 The Theological Seminary in Matanzas, Cuba, is celebrating its 74th anniversary.

Joy Evelyn Abdul-Mohan, moderator of the Presbyterian Church of Trinidad and Tobago, shares reflections on the role of prayer in developing a healthy democracy, and the unique challenges of her nation and her faith community.

Due to COVID-19 representatives of HEKS, the aid organization of the Swiss Protestant Churches, local program coordinators, current and potential actors implementing the programs in Hungary could only meet online. This didn’t prevent participants of the workshop from evaluating the Roma integration projects of the past four years and discussing new plans for the upcoming years in continued cooperation between HEKS and Reformed Church in Hungary.

In response to COVID-19, the Uniting Church in Australia’s Transforming Worship Circle has created a liturgy for those who are physically separated from their loved one at the time of death due to the need for isolation and physical distancing.

The United Church in Jamaica and the Cayman Islands calls for reparatory justice.

The Church of Scotland has welcomed a report from the Committee on Climate Change which shows that since 2008 the economy has improved whilst becoming less reliant on carbon emissions.

In a statement the Dutch Reformed Church expressed deep concern about the high incidence of systemic corruption in South Africa.

Several members and partners have expressed concern and called for peace in the Nagorno-Karabagh region: United Church of Christ, Reformed Alliance (Germany), Conference of European Churches

Church leaders in Sudan are welcoming a peace agreement signed between the transitional government and rebel groups on 3 October, after a year of talks in Juba City, the South Sudanese capital.

Young people from across the world have gathered virtually to pray for peace on the Korean Peninsula, and are inviting people to join them by viewing a video highlighting their prayers.