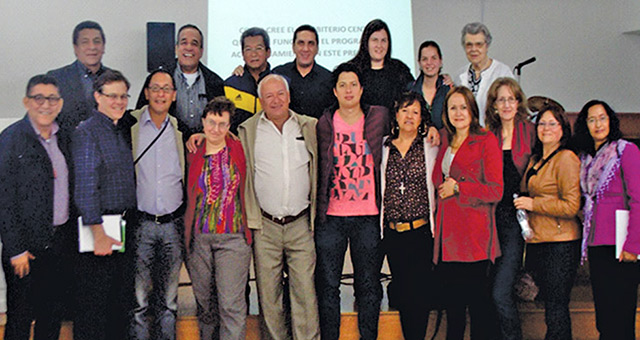 Calls to prayer and action and letters of condolence and support continue to be shared in the aftermath of the attacks in Brussels, Belgium. Here are a few of them:

The Protestant Church in the Netherlands faces a challenge to be the church “in an authentic way,” says Dr Arjan Plaisier, secretary of the church’s general synod.

In September 2015, the Church of Scotland developed a local response to the unfolding refugee crisis across Europe and beyond. It is leading a joint response through the Scottish Faiths Action for Refugees project.

John C. Dorhauer, general minister and president of the United Church Of Christ (USA), reflects on a recent visit to the Middle East during Holy Week and the redemptive power that faith in Jesus provides.

Kelsey Herbert says she learned that many of the members of Sunnyside Christian Reformed Church in Sunnyside, Washington, USA, already know that immigrants are a blessing and not a burden.

An ecumenical celebration in defence of the Uruguay River was held with participation from four churches in Argentina and Brazil.

“Pathways to Digital Frontiers: Communication Rights and Inclusion,” a citizen journalism consultation and training programme was held in Panjim, Goa, India, sponsored by the Commission on Communications and Relations of National Council of Churches in India, Christian Service Agency and World Association for Christian Communication (WACC).