Member Church News: Reclaiming Jesus, Our Year with Her, Thursday in Black (and more) 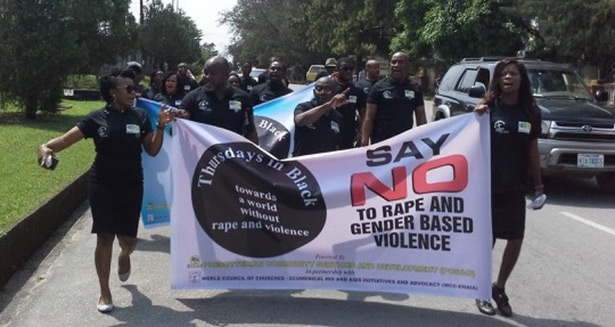 Several individuals from WCRC member churches in the United States have crafted and signed “Reclaiming Jesus: A Confession of Faith in a Time of Crisis,” which begins: “We are living through perilous and polarizing times as a nation, with a dangerous crisis of moral and political leadership at the highest levels of our government and in our churches. We believe the soul of the nation and the integrity of faith are now at stake.”

Two young Indigenous women speak about the situation of Indigenous Peoples in Canada and Australia as part of the United Church of Canada Moderator’s Dialogue on Reconciliation.

Our Year with Her: John Cleghorn, pastor of Presbyterian church in Charlotte, NC, told his congregation on the first Sunday of Advent in 2017 that he personally would use the female pronoun for all of his references to the divine for a year. A year leader, he has seen changes.

Rev. Ikechukwu Anaga’s community of Aba, in Abia State, Nigeria, was seeing firsthand an increase in gender-based violence and rape. When Anaga helped others in his community make a firm decision to do something about it, the zeal and passion for Thursdays in Black rose.

In Brazil, religious and spiritual leaders denounce any action that threatens the sacred value of water.