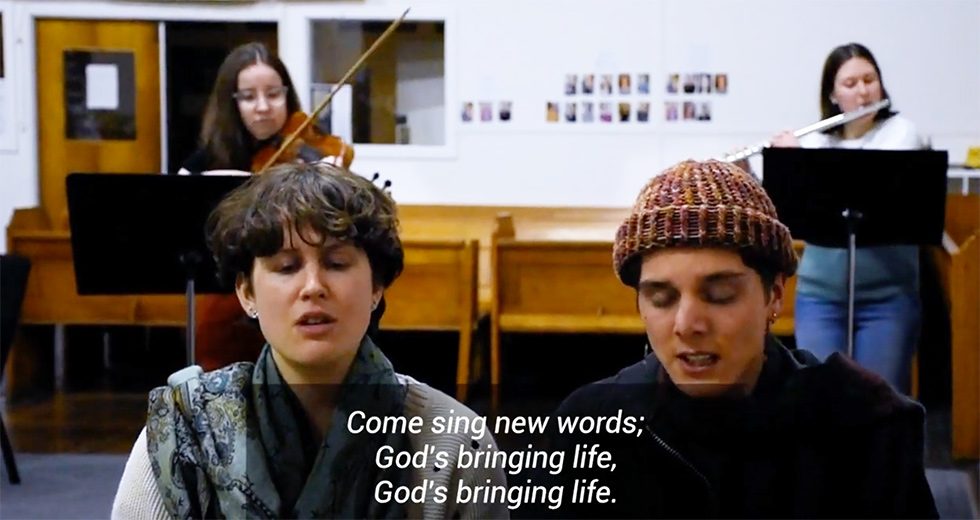 As the Season of Creation begins, Leichhardt Uniting Church (Australia) has offered a beautiful worship song, Garden, to all those marking the occasion.

Union of the Armenian Evangelical Churches in the Near East Central Committee Chair Paul Haidostian describes what Lebanese-Armenians and Lebanese in general are facing today, exploring the social, economic, security, educational and other issues, with a particular emphasis on the psychological and spiritual aspects of the crises in the country.

Every Thursday at noon, members of the wider United Church of Christ have long been encouraged to join other people of faith in a moment of prayer to remember those who have been victims of sexual or gender-based violence. Wearing black, they make their witness visible, by posting pictures on social media to #ThursdaysinBlack.

The United Church of Canada is pleased to announce the appointment of Michael Blair as its new general secretary beginning November 1. He replaces Nora Sanders, who is retiring after almost 14 years as general secretary.

In German-speaking Switzerland, requests on the online spiritual accompaniment site “Seelsorge.net” almost doubled in the first half of 2020. Consultations are free and anonymous. They are aimed at anyone living in Switzerland, regardless of their religious affiliation. This spiritual accompaniment platform is supported by the Reformed Church of the Canton of Zurich, the Reformed Church of Aargau, the Catholic Association of Zurich and the Catholic Church of the Canton of Zurich.

Zenda Chipaka, the first deaf pastor of the Reformed Church in Zimbabwe, through a sign language interpreter shared reflections on the importance of listening to advice in her devotion during the Zimbabwe Council of Churches 8th Biennial General Assembly.

The Church of South India synod observed a month-long “Pray in Tears for Others” during August to help people mourn and reflect on the severe effects of the COVID-19 pandemic.

Conflict has ingrained itself in the people of Mozambique for many decades from the days of Portuguese colonial rule, to the ensuing civil war which only ended this century, and now Daesh along with the unseen enemy of COVID-19. So, the churches have their hands full as peacemakers.

A veteran Japanese ecumenist and peace activist, former General Secretary of the National Christian Council in Japan Shoji Tsutomu passed away on 25 August 2020.