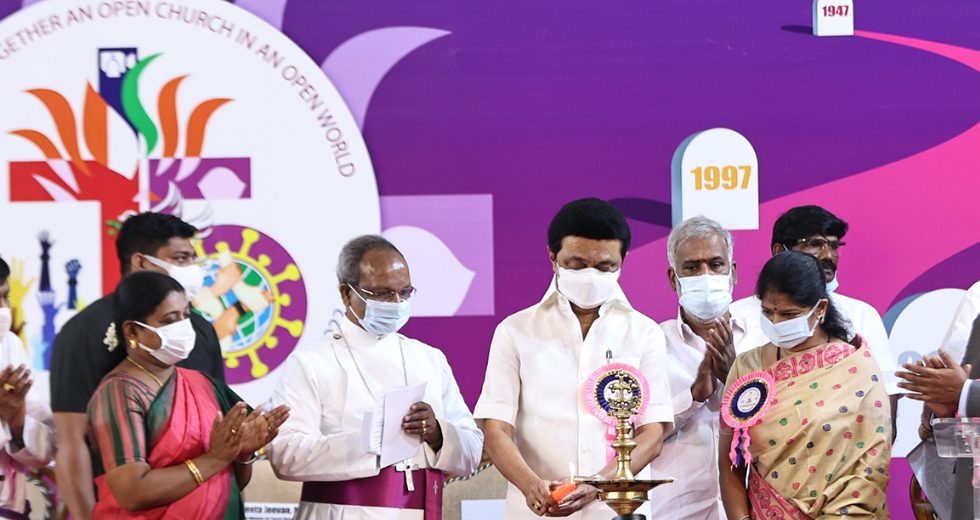 As part of churches’ campaign for the Zacchaeus Tax as a call for repentance for excessive riches amidst endemic poverty, several ecumenical partners organized a “Tax the rich, save the planet” discussion as a side event during COP26 on 8 November.

In the final days of the COP26 talks in Glasgow, young Uniting Church in Australia members have shared their reflections on why we must act on climate change, urging our world leaders to do more.

Some 28 university and non-university students participated in the camp for older youth from October 22 to 24. The participants belong to different congregations of the Paraguay District of the Evangelical Church of the Río de la Plata (IERP). In addition to the meeting and recreation space, they talked about the experience they had during the pandemic, how it affected them, how they managed to get through it, as well as different aspects related to the subject.

The Herman Bavinck Center for Reformed and Evangelical Theology, Vrije Universiteit Amsterdam, organized the international Herman Bavinck Centennial Congress together with the University of Edinburgh and the Theological University of Kampen. The congress took place on Thursday 11 and Friday 12 November. The conference can be seen virtually via the YouTube channel of the Nieuwe Kerk.

The Church of Scotland has begun work to explore the installation of electric vehicle charging points in church grounds across the country.

As the Reformed Churches of Switzerland gathered in Bern on 6 November, World Council of Churches moderator Agnes Abuom offered reflections on “Churches as Communities of Reconciliation.” Also meeting with the Swiss were Federal Councillor Cassis and Vatican Cardinal Secretary of State Parolin. In their greetings, both host and guests emphasized the importance of dialogue.

The Church of South India marched towards the Platinum Jubilee (75 Years) Inaugural on 27th September 2021 with an Inaugural Worship and an Inaugural Ceremony by observing the theme, “Envisioning Together an Open Church in an Open World.”

In a tribute issued from Chiang Mai, the Christian Conference of Asia paid its respects and expressed sympathies to the family, friends, and colleagues of noted theological educator and professor of the Jakarta Theological Seminary, Stephen Suleeman, who passed away on 8 November.

Cláudio Carvalhaes joined Leading Theologically while visiting his mother in São Paulo, Brazil. The main reason for this across-the-hemispheres conversation was to discuss Carvalhaes’ new book, “Praying with Every Heart: Orienting Our Lives to the Wholeness of the World.” But before they could do that, Carvalhaes first paid his respects to the woman at his side.