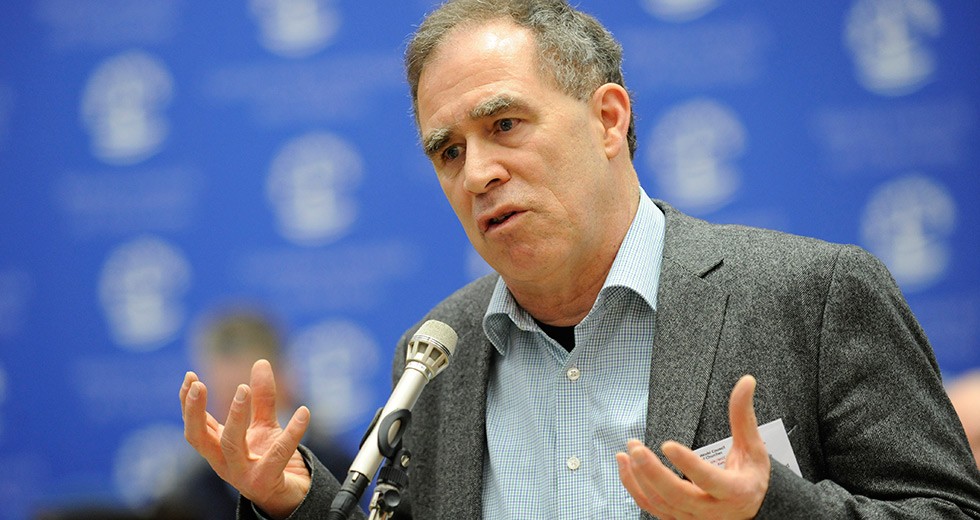 Attending the WCC/UN high level conference on the refugee crisis in Europe on 18-19 January, executive secretary for theology of the World Communion of Reformed Churches (WCRC) Dr Douwe Visser was interviewed by the World Council of Churches to share his views on the refugee situation from the perspective of the WCRC.

Visser explained the background to his attending the conference as obvious: “The refugee crisis is all over Europe, and it is a challenge to faith-based organizations, and especially for us as the WCRC, being stationed in Germany. We simply feel that we have to look at what we as a small but very lively organization can do.“

With regards to the timing of the conference itself, Visser noted, “I think the timing is excellent. This conference does not appear at a time when we are all looking around, thinking ‘what is happening?’, but rather there is already some reflection you can build upon, there is already some practice to look at, and this I believe we can fall back upon when we now look to what can and should be done in the future.”

The conference, which saw a series of presentations from different parts of Europe and the Middle East, provoked reflections by various speakers on the common Christian roots in the refugee situation, but for Visser also the foundation of the reformed churches in particular.

“What I think is important,” said Visser, “is that in carrying the reformed tradition, with our origin, the situation of being a refugee is there at the core. In this city of Geneva, with Jean Calvin, the refugee congregations, in a sense our theology was born in refugee situations.”

“I think it is very important to say that these are our core values: to receive people, to help them, but also to make sure that integration is possible,” Visser continued.

“The WCRC is a very small organization. We cannot set up an immense relief aid, but what we can do is at least to try and convince the skeptics, convince those who ask themselves ‘can we do this?’, ‘must we do this?’, and to know that in our tradition our deep roots as reformed Christians lies in the refugee situation.”

“Sharing these values, and recognizing them as part of our roots as Christians, I think is particularly important in the context of this conference. I believe it is essential when we interact with UN agencies and NGOs, that they know where the roots of our values come from,” Visser concluded.