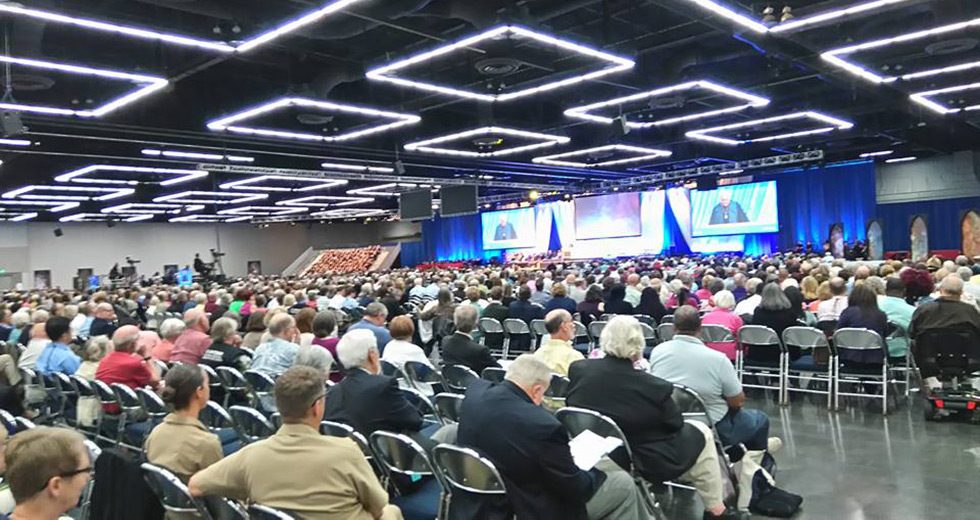 There’s a lot of news coming from the Presbyterian Church (USA) as they hold their 22nd General Assembly. On the 60th anniversary of making women eligible to be pastors, and the 85th anniversary of ordaining its first woman elder, they made history again, electing two women as co-moderators for the first time. They have taken the final step to include the Confession of Belhar in their Book of Confessions. A report on Cuba has been sent to the full Assembly for action. And this guy is excited for the Assembly.

Scott Griffin, ruling elder from the Presbytery of the Pacific, was elected moderator of the Evangelical Presbyterian Church’s 36th General Assembly yesterday.

The Cumberland Presbyterian Church is beginning its 186th General Assembly today. News updates will come through their Facebook page, and they’re also offering a live blog.

The Christian Reformed Church in North America offers a look back at the work of their General Synod.

The Reformed Church in America provides a news summary of its General Synod.

Apwee Ting of the Uniting Church in Australia shares his thoughts about the unbreakable Tongan spirit after four days of fellowship, celebration, friendship, education, nurturing, commitment and witness at the Tongan National Conference.

The 2016 General Assembly of Council for World Mission elected a slate of 12 board members yesterday in accordance with the new governance structure for the organization.

The World Council of Churches Central Committee is currently meeting in Trondheim, Norway, with both our president, Jerry Pillay, and general secretary, Chris Ferguson, present.