Church in Transcarpathia serves in faith 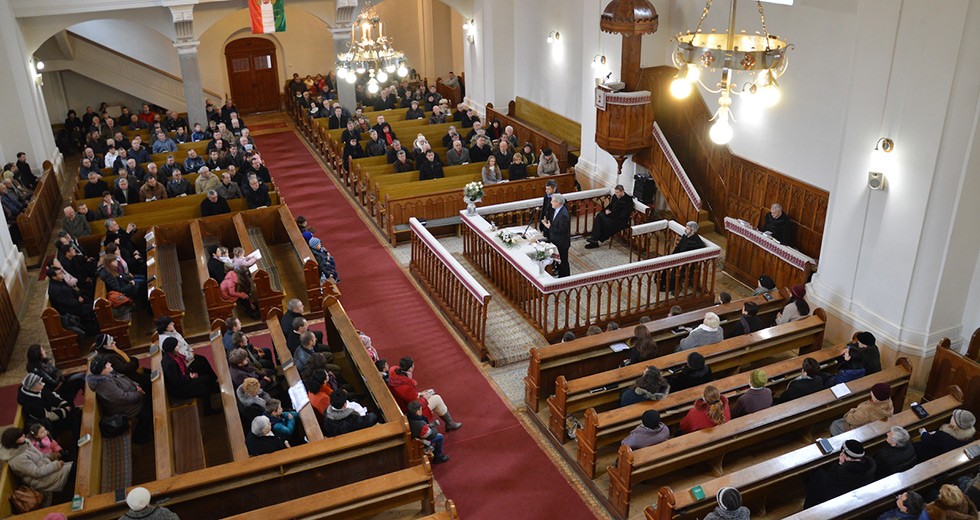 The Reformed Church in Transcarpathia has been facing challenging times for most of its existence. Today, it finds itself a double minority—a Protestant church in an Orthodox country and an ethnically Hungarian community in a Slavic nation.

While the Ukrainian portion of the Carpathian basin is wedged between Slovakia, Hungary and Romania in Ukraine’s western tip, the impact of the war in the country’s distant east is also causing trouble. Fuel shortages, inflation and government neglect (outside of enforcing the military draft) are just three of the problems caused by the conflict. 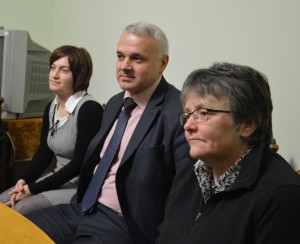 It’s a grim reality and was especially so on a snowy weekend when a WCRC Europe delegation paid an official visit in January. But what the delegation saw in Beregszász (Berehove) and Dercen (Dertsen) was a church stepping in to fill the holes permeating the fabric of society.

“We met a living church,” said Jan-Gerd Heetderks, president of WCRC Europe. “They have an eye for Biblical traditions and beliefs but also for the circumstances of the society.”

“What’s most impressive is their faithfulness in the circumstances in which they live,” said Susan Brown, from the Church of Scotland. “It puts things in a slightly different perspective for your own church life. We have the luxury of choosing what to do and what not to do. They don’t have that. If they don’t do, it won’t get done.”

What the church is doing is wide-ranging. It includes supplying food, running schools, coordinating distribution of donated goods, acquiring equipment for the hospital and, in one village, maintaining a volunteer fire department.

“We are really glad and blessed if we can give something to others,” said Bishop Sándor Zán Fábián. “It’s the best thing for a pastor to serve here.” 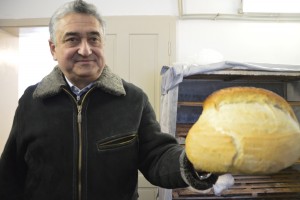 Each of the church’s 108 congregations is both a place of worship and also a community of care. The church counts 70,000 people as members, and each elder takes care of 100, visiting as often as possible to determine specific needs. The elders then enlist the Diaconal Coordination Office (or one of its regional diaconal centres) to provide necessary aid, whether it is a freshly baked loaf of bread, gently used clothing or a pile of wood for heating.

The Diaconal Coordination Office (DCO) is overseen by Béla Nagy, who is also the lay president of the church. Its bakery provides 45,000 loaves of bread annually. Nearly 40,000 meals are distributed each year with over 200 people receiving one each weekday. Half of these meals are delivered, in an ecumenical partnership with the Roman Catholic Church.

Families who have lost their men due to the draft are given special support. The government initially asked the church to purchase the new soldiers’ equipment, but the church declined, saying that instead they would support their families while they were away.

A shipment of donated supplies comes in almost monthly. The DCO clears the items through customs and then oversees distribution, either directly or through other local institutions.

One institution that receives regular assistance is the governmental hospital in Beregszász. The state budget can barely cover all of the hospital’s on-going costs so obtaining new equipment—or even repairing existing devices—is out of the question. The church is able to use its connections to the Reformed Church in Hungary and other international partners, including the Hungarian government, to obtain aid, both financial and equipment donations.

“There is little, if any, support from the government for social assistance,” said Nagy, who stressed, “Assistance is given regardless of religious affiliation. It’s based solely on need.” 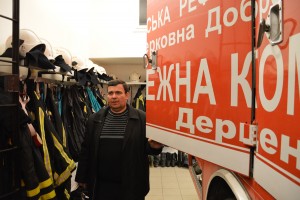 Besides meeting the basic needs of people through donations, the church also runs a rehabilitation centre for children with disabilities; a “crisis home” for young, single mothers and a volunteer fire department in Dercen.

Pastor Miklós Zsukovszky realised the need for local fire protection early in his pastorate in Dercen and set about building a squad from nothing. The state government simply couldn’t cope with a series of natural disasters, including severe flooding, so Zsukovszky committed his church to stepping into the breech.

“You cannot do church life without helping the needy and vulnerable,” he said. And those most vulnerable were also most impacted by the floods—and susceptible to fires. It took years for the vision to be implemented.

Eventually used equipment came from a variety of donors from Hungary, Germany and the Netherlands. Today the volunteer fire department serves a population of 12000 in and around Dercen.

While expending a lot of effort to fill the social care gap, the Reformed Church in Transcarpathia also acts as, well, a church—a community of worshiping and discipling congregations. There are strong organizations for women and youth, with the latter bringing in more than 2500 students to events throughout the year. Elders and deacons are offered regular training seminars. Potential future ministers are given pre-seminary lectures. And a regular “Family Days” rally attracts 6000 people. Clearly this part of Europe cannot be considered “post-Christian.” 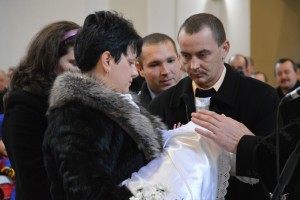 “As confessing Christians we have to confess our faith each day to the people who live around us,” said Zán Fábián.

This church-work continues despite the many challenges. The war has had a devastating impact on the economy, with inflation cutting purchasing power by half in the last year. The ailing social and health care systems, as well as the war itself, creates great uncertainties.

The church survives on contributions—from both its members and outside organizations—with no money coming from the state (as is customary in many countries in Europe). All this combines to make it especially difficult to keep teachers in schools and churches. Pastors, too, look abroad for options.

“Not many aid organizations are coming here because it’s not exotic enough. We must pray we can remain faithful in this situation—and not forget that God has the power over our lives,” said Zán Fábián.

The church was officially recognized only in 1991, so “We could say that we are a young community,” said Zán Fábián. A year later the government returned 60% of the church properties that had been seized during the Soviet era. Many of the church buildings were in poor condition and the accompanying land, which had also been taken, wasn’t returned.

During the Soviet era church leaders were deported and/or killed, and the WCRC Europe delegation paid its respects at a memorial outside the church’s offices in Beregszász. 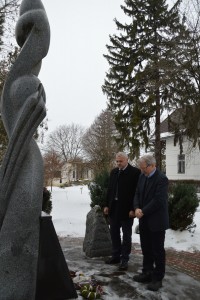 “The visit of a high level delegation is very important. It shows that there is international support for the Hungarian minority—both as a people and a religion,” said Zán Fábián. “I am very happy that we have brothers and sisters abroad.”

“Though it is a vulnerable community facing immense difficulties and uncertainties, it has a vision and practice of a serving faith community,” said Balázs Ódor, a vice president of WCRC Europe.

“Part of our role is to encourage and support one another,” explained Martina Wasserloos of Germany’s Reformed Alliance and a vice president of WCRC Europe. At its annual meeting WCRC Europe decided to make a donation to meet some of the ongoing needs of the church.

The church in Transcarpathia is a part of the Hungarian Reformed Church, an international expression of church communion between ethnic Hungarian churches in the Carpathian Basin. It is the largest Protestant church in Ukraine.