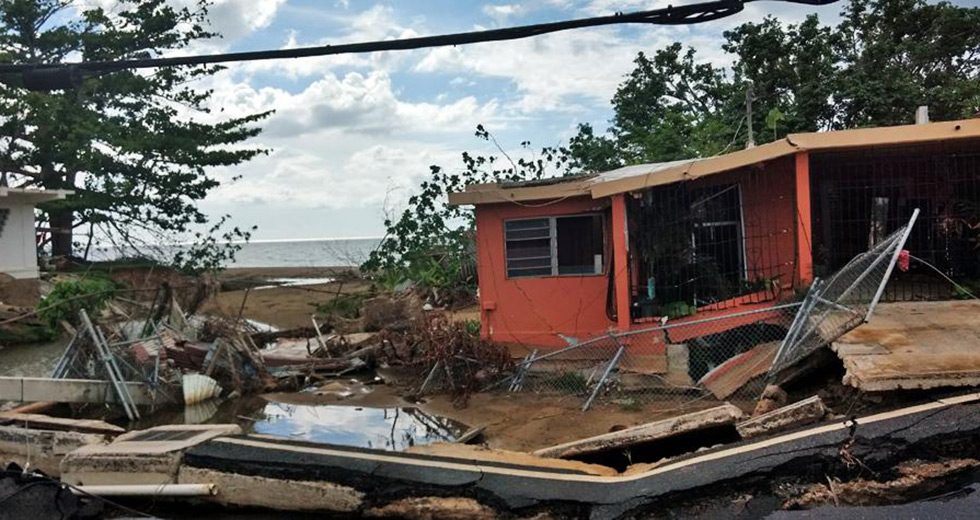 More than two months after Hurricane Maria devastated Puerto Rico, the island is far from recovered.

Miguel Rosa, an intern for the World Communion of Reformed Churches this year, made a visit home to Puerto Rico two weeks ago. With family and friends spread across the island, he was able to see the full impact the hurricane—and subsequent storms—made.

“The only member of my family who has electricity is my grandma, and she lives in San Juan, the capital city,” Miguel said. “It took about six weeks to get it restored.

“While medicines are getting in, lack of regular power and water is causing problems. Hospitals are hard to administer and operate. And since the hurricane, crime is going up,” Miguel said. “One of the hospital’s generators was stolen. The same is happening to individuals with more break-ins.”

“Much of Puerto Rico is still in the immediate response phase of recovering from a disaster,” Len Blauwkamp, director of World Renew’s Disaster Response Services, confirmed after a visit there earlier in November. “Some organizations are still distributing food and water to survivors. Electrical service is sporadic, especially in rural areas. In the capital, San Juan, we did not see any working traffic lights.”

Many residents, including Miguel’s parents, are using smaller generators for their homes—with the electrical grid not anticipated to be restored before March (if then). Miguel’s family has water, but not everyone yet does (the U.S. Federal Emergency Management Agency reports that 83% of residents now have potable water).

“Once you get to the west side, it’s pretty shocking,” said Miguel. “You have some traffic signals, one works here, the next three don’t work. Restaurants remain closed. Grocery stores aren’t fully stocked. Roads through the mountains have been hit by landslides.”

The impact on the daily life of Puerto Ricans has been dramatic. “Some of my family had to relocate because of the whole mess of things,” said Miguel. “So they’re just doing the best they can with what they have.”

And yet in amidst the continuing crisis, there are signs of hope as congregations become centres of assistance and church relief agencies provide emergency aid and plan for long-term recovery work.

“The stated clerk from my presbytery, they cooked, with help from other churches in the same town, 42 turkeys and delivered many meals to the whole town,” said Miguel. “Same thing in Aguadilla. We have churches getting food from the government and distributing it. The churches are active and trying to do the best. One church has provided a water purification station for the community.”

“Even after 53 days of no electricity, we should be asking what have I given instead of what have I received. Generosity is necessary,” said Arelis Cardona Morales, minister of the Monteflores Presbyterian Church. “Our generosity makes us feel richer inside. Generosity changes everything. The disaster in some ways has been a blessing. At first, we were so full of fear. But now we see this an opportunity to be together to share and work together among all churches in the presbytery to provide food and water, but also to exchange ideas.”

There are many ways to help. “The Presbyterian Church (USA) is sending aid through the presbyteries,” said Miguel. “We have many congregations out there in the communities giving food, shelter and water.”

Several WCRC member church relief agencies are involved—and all are asking for donations. More information can be found through these links:

Portions of this article came from news releases by the Christian Reformed Church and the Presbyterian News Service.