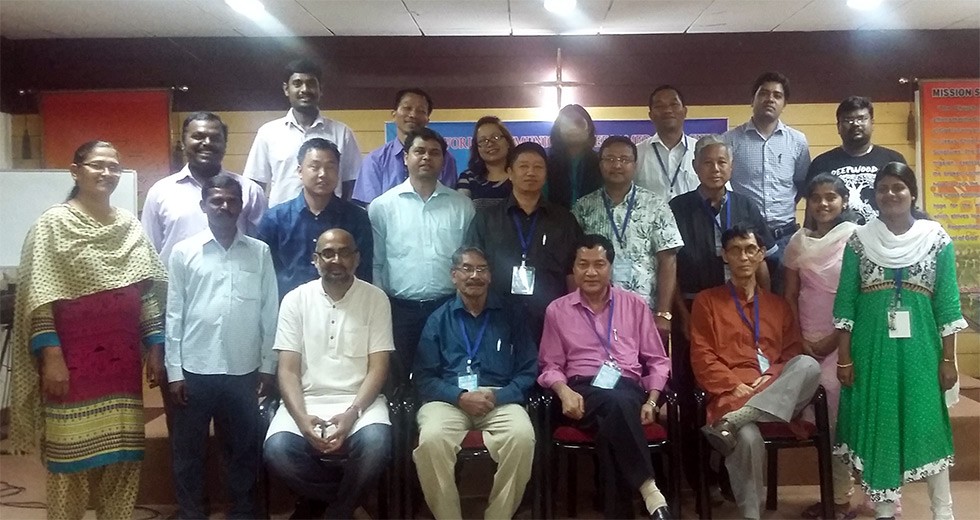 Representatives of World Communion of Reformed Churches (WCRC) members in the south Asia region gathered earlier this year for a consultation driven by the tenants of the Accra Confession.

The Accra Confession, a prophetic statement on economic and environmental justice, was created in 2004 by the then World Alliance of Reformed Churches (WARC). WARC has since become a part of the WCRC. In 2014 a series of consultations on the confession took place, marking its 10th anniversary.

The consultation participants confessed that little attention had been given to those suffering from economic injustices in the region, despite the fact that the majority of their churches’ membership come from “these most marginalized and vulnerable groups.” Groups noted included rural peasantry, the landless, small and marginal farmers, Dalits, tribal members, women and unorganized labourers.

Similarly, they noted that “we have not been so much concerned with the ecological destruction taking place almost on a daily basis in and around us” but instead succumbed to the “consumerist culture” that commodified natural resources “though we are supposed to be stewards of all of creation and take care of all that the Maker had made…on mother earth.”

The consultation re-committed the WCRC member churches in the region:

1) to continue with God’s mission on earth for all of humanity and creation, until all are relieved and delivered from their groaning and agony so as to behold God’s glory (Romans 8:18-19);

2) to be inclusive of our love and compassion as God himself extends his love to all;

3) to relentlessly respect, protect, preserve and promote a healthy environment and economic justice. (Respect, since the earth belongs to the Lord and everything in it (Psalm 24:1); Protect, because we are his stewards (Genesis 2:15); Preserve, as we borrowed it from future generations.)