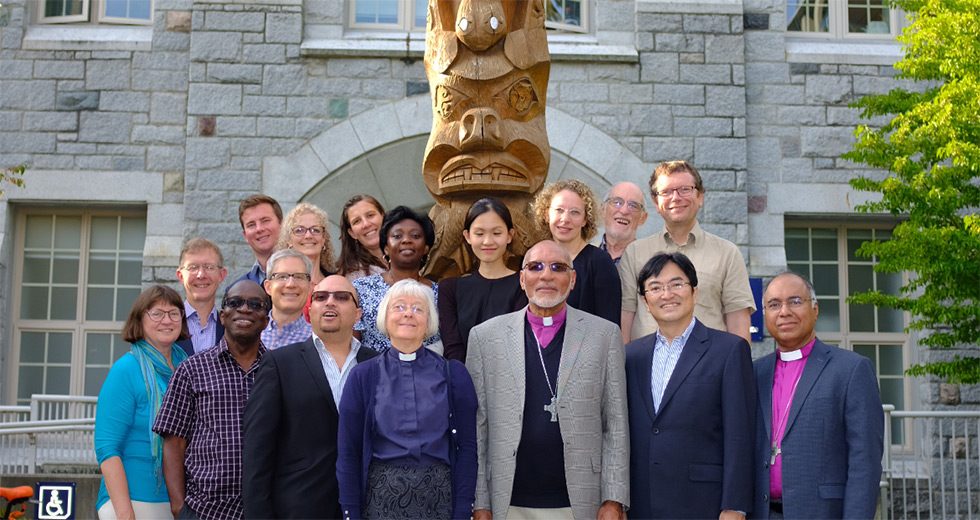 The latest gathering of the International Reformed–Anglican Dialogue (IRAD) between the World Communion of Reformed Churches (WCRC) and the Anglican Communion was again driven in part by the local context.

As at previous meetings of the Dialogue (in India, the United Kingdom and South Africa) the local context gave both welcome and necessary insights to the substantial issues under discussion, which are focused on koinonia (communion).

In Vancouver, Canada, the participants were welcomed with a ceremony of the Musqueam people on whose land they met. They also heard memories and experiences of church leaders from Cree and Gitxsan First Nations.

The Canadian churches continue a journey from colonial oppression of Indigenous people toward reconciliation. In the Canadian context, the loss of koinonia with the land and creation as well as between peoples was an acute reality being borne witness to. But still, by the working of the Holy Spirit, there was witness to healing and new horizons of hope.

The scope of the theme is both exciting and challenging, report participants. Koinonia is adopted within the New Testament to push in a number of ways the commonality of inheritance and calling through faith. It introduces both experiences of blessing, with potential for more, and at the same time a keen, and at times immensely painful, realization of the distance yet to be travelled—since exclusions and partisanship are forever re-forming.

Preparations for this round of the Dialogue consisted of work on a first draft of a report which drew on the many and rich contributions received in earlier rounds around the theme. As the participants worked on this first draft of a report, a tripartite structure was discerned, namely where does koinonia come from? How has it been embodied? And how can koinonia shape the priorities of church and world?

IRAD met at Vancouver School of Theology 24-30 August 2018 under the leadership of co-chairs Elizabeth Welch (WCRC) and Howard Gregory (Anglican Communion). The next IRAD meeting is scheduled for August 2019 in Hiroshima, Japan.