Communion engages in 16 Days of Activism 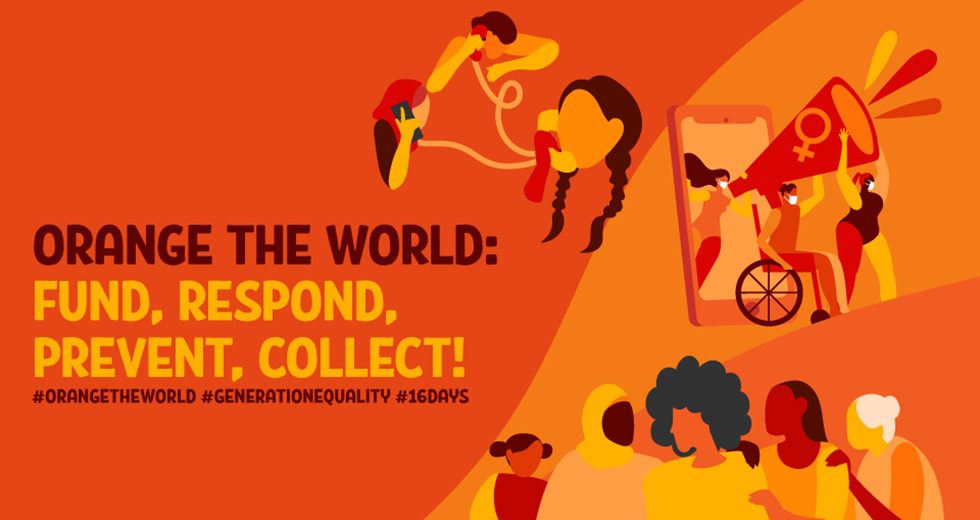 Every year the United Nations dedicates 16 Days of Activism against Gender-Based Violence, which ends with the commemoration of Human Rights Day on 10 December. The theme for this year is “Orange the World: Fund, Respond, Prevent, Collect!”

The World Communion of Reformed Churches (WCRC) is among the many organizations which supports equality between women and men in church and society, noting in the Accra Confession, “We reject any form of injustice which destroys right relations—gender, race, class, disability or caste.”

The WCRC, along with and through the agency of its member churches are taking part in commemorating the 16 Days of Activism through different activities.

The WCRC, together with the Lutheran World Federation, ACT Alliance, and the South Africa-based Sonke Gender Justice network are co-hosting a series of three webinars aimed at working towards transformative masculinities and promoting gender justice in a post-pandemic world. They are:

The Christian Reformed Church in North America (CRCNA) and several of its agencies are partnering to raise awareness and funds to battle gender-based violence at home and around the world. They have launched a campaign called “the Tamar Campaign,” based on 2 Samuel 13, in which Amnon, a son of King David, rapes his half-sister Tamar. World Renew and other CRCNA agencies recently held a webinar titled “Violence against Women and Girls in North America: How You Can Make a Difference,” in which four people working in various ways in the field of gender-based violence spoke about the issue.

The Alliance of Presbyterian and Reformed Churches of Latin America (AIPRAL) with its Department of Women in commemorating the 16 Days of Activism has called on all ecclesial communities to be therapeutic communities of faith, of love, of service, and become spaces free of violence, further encouraging women to remain hopeful as it is possible to live and promote a life without violence.

The Uniting Church in Australia says in the context of COVID-19 and escalating domestic and family violence that the church is called to walk alongside people to break the silence against gender-based violence. The Uniting Church in Australia reaffirms its commitment to shape communities where women and children are free from violence and live in safety.

The United Church of Christ (UCC) has called on the end of gender-based violence by saying that the “Thursdays in Black” campaign adds the voices of the church to the voices that have already been raised, bringing a wide range of voices to the cry for justice for the elimination of gender-based violence. The UCC further calls for churches to be part of the awareness campaign in order to move towards a world without rape and violence.