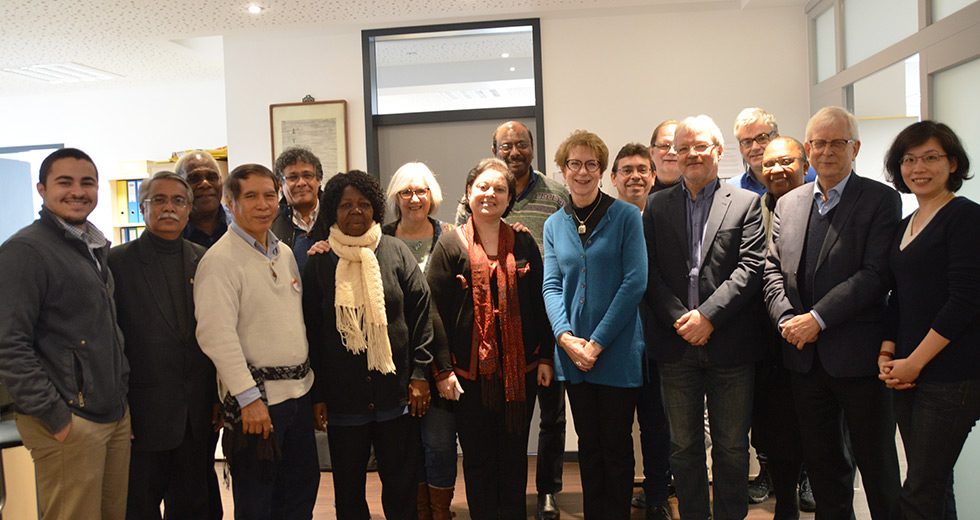 A Regional Empowerment Consultation held in Hannover, Germany, in February focused on ways in which the World Communion of Reformed Churches (WCRC) can strengthen its work through better engagement on a regional level.

The consultation, which brought together WCRC officers, regional leaders and staff over three days, agreed on ways to improve work in the following areas:

Several ideas were also outlined which will be developed into proposals for this year’s General Council to consider, including how new Regional Councils should be delineated, organized and recognized—an issue which the WCRC Executive Committee also discussed at its meeting in May 2016.

Looking broadly at the existence of regions in the organization the consultation reviewed the ways in which geographic regions have been organized and recognized as formal Regional Councils. Participants noted that several organized regions are not yet recognized. There are also several geographic areas yet awaiting organization.

Currently, there are five organized and recognized Regional Councils:

Two regions that are organized but not yet recognized:

Two regions that are yet to get organized formally:

Other topics discussed during the consultation included power relationships within regions, situating all member churches into a region and ensuring that all regions have representation on the Executive Committee.

Participants at the consultation, held from 8-10 February 2017, were: