Council to act on proposed amendments to constitution 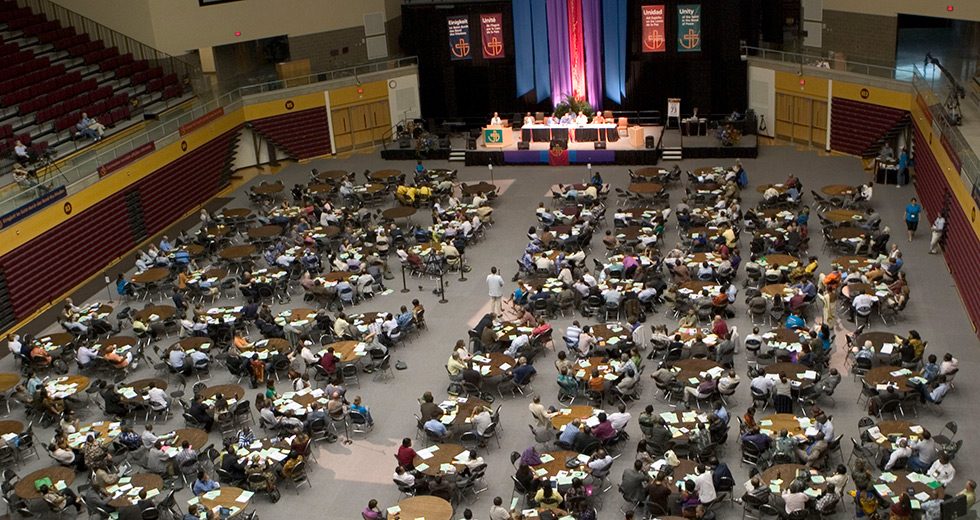 Among the items of business to be addressed at this summer’s General Council, delegates will vote on proposed amendments to the World Communion of Reformed Churches Constitution and Bylaws.

The proposed amendments were approved by the WCRC Executive Committee at its meeting in May 2016 and sent to WCRC member churches for review in December.

The current Constitution and Bylaws were adopted by the 2010 Uniting General Council as the WCRC’s first governing document. At its meeting in 2015, the Executive Committee mandated a constitutional review committee to “clarify and propose appropriate revisions to the constitution of the WCRC paying particular attention to among others:

While addressing those items, the review committee also recommended a number of other changes that better focus the organization’s work, streamline and remove inconsistencies from within the document, reflect the organization’s move from Switzerland to Germany and make the English version the “definitive document for interpretation purposes.”

The review committee created a document that explains the proposed amendments to the Constitution and Bylaws, through a side-by-side comparison of the current and proposed documents. This document can be found online at wcrc.ch/gc2017/amendments-to-the-constitution-and-bylaws.

Also available on that page are the current constitution and the constitution with proposed amendments in six languages: English, French, German, Indonesian, Korean and Spanish.

← Lent Devotionals: Materials to guide you through this Lent Season.
Statement on International Women’s Day 2017 →