Dialogue explores communion as an “unbreakable gift and calling” 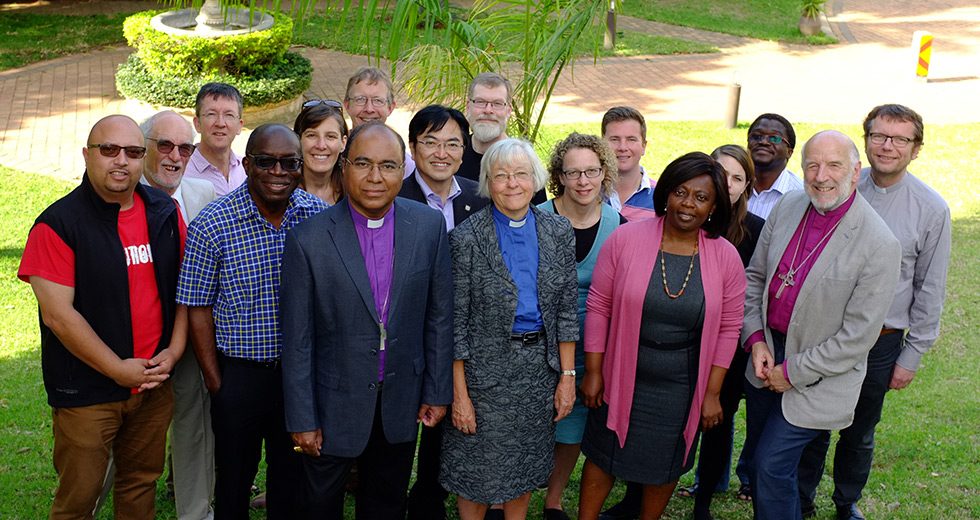 The International Reformed–Anglican Dialogue between the World Communion of Reformed Churches (WCRC) and the Anglican Communion met for the third time in Ballito, KwaZulu-Natal, South Africa, 31 August to 7 September 2017. The co-chairs are Elizabeth Welch (WCRC) and David Chillingworth (Anglican).

The current series of bilateral discussions is the first that the Anglican and Reformed communions have had globally since 1984, when the dialogue released the report, God’s Reign and Our Unity. In 2011, this new dialogue was mandated to study the nature of communion (koinonia) and the pressing issues which emerge for both communions out of such reflection. During this third meeting, the group deepened its exploration of communion as an unbreakable gift and calling within the context of our diverse world communions.

Papers were prepared by members of the dialogue group over the last year as an initial contribution to the first draft of an statement. They were presented in plenary during this meeting. The group also noted their gratefulness for other papers from expert theologians in related fields. This work formed the basis of intense small group analysis, covering areas including the essence of koinonia, scriptural and historic testimony to its character, how communion is lived and responded to, as well as identifying and critically engaging with diversity in the church and the wider world. A drafting group has been tasked for the next stage of the group’s work.

The South African context offered a profoundly influential focus for the group’s reflection as it heard of the churches’ roles during the apartheid and post-apartheid eras. In particular, the group is extremely grateful to have heard the incisive analysis of Jerry Pillay, immediate past president of the WCRC, and professor of church history and church polity at the University of Pretoria.

Additionally, the group enjoyed the hospitality of the University of KwaZulu-Natal, Pietermaritzburg, at a seminar led by faculty members and students, reflecting contextually on the dynamic of koinonia and social transformation. En route, the group was privileged to pause for poignant reflection at the site of Nelson Mandela’s capture in August 1962.

This third meeting of the Commission was generously hosted by the Anglican Communion. It was warmly welcomed by Bishop Dino Gabriel of Natal, and greatly encouraged by Bishop Nkosinathi Ndwandwe, bishop-suffragan of Natal. On Sunday morning, the group attended the Eucharist with the Anglican Parish of All Souls’, Umhlali.

The next WCRC-Anglican dialogue will take place at the end of August 2018.