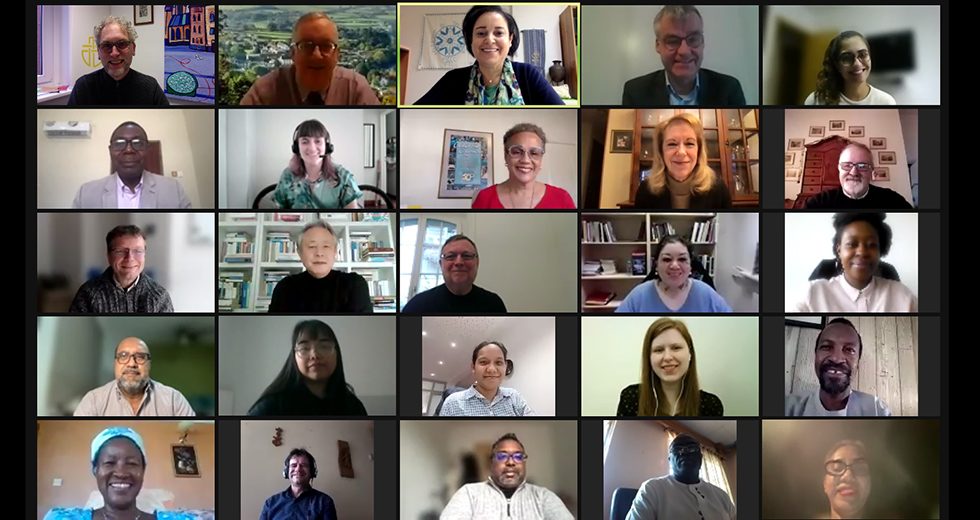 The World Communion of Reformed Churches (WCRC) Executive Committee, meeting virtually 30 November through 1 December 2021, declared a “Decade for Climate Justice” and set plans for the next General Council to be held in 2025.

Meeting in an extraordinary session to receive reports from two task groups established in May, the Executive also put in motion a process to organize additional regional councils and authorized the search for a new executive secretary for mission and advocacy.

“These are difficult days for all of us, and it is only in our standing together that gives us strength to continue,” said President Najla Kassab. “We trust that we will continue to move forward as a Communion that impacts lives and a makes a difference in the world.”

In declaring a “Decade for Climate Justice,” the Executive Committee acknowledged that this is an existential issue for the entire world. “We believe that this decade to combat climate change will motivate religious communities and other people of good faith to act together to preserve life and uphold life over profit,” said Philip Vinod Peacock, executive for justice and witness.

General Treasurer Johann Weusmann presented a finance report to the Executive that included a small deficit for this year, a balanced budget for 2022, but budgetary challenges thereafter, especially after the installation of the next general secretary.

“We will have a busy year as we seek the necessary funding for our 2023 budget, and beyond,” he said. “Our members have been faithful in their payments, but costs continue to rise, so there will be work to do.”

Recognizing these challenges, the Executive extended the mandate of the Task Group on Sustainability until 2025 while also adopting a definition of sustainability that is more than simply monetary:

Sustainability should not be defined narrowly in financial terms. We are sustained in all things by the Lord Jesus Christ, who brings our communion into being and nurtures it according to God’s will. While organizational sustainability, including financial stability, is one important part of the faithful living out of our communion, we also recognize and celebrate that we have much to share that sustains us in time and space. We take seriously the sharing of prayer, time, friendship, goodwill, and all the gifts of the Spirit as we carry out our ministry. All this is integral to the sustainability of the WCRC.

In their report to the Executive, the Collegial General Secretariat—composed of executive secretaries Hanns Lessing, Peacock, and Phil Tanis—announced plans to develop the GRAPE (Global Reformed Advocacy Platforms for Engagement) programme, with funding provided by Brot für die Welt.

“Economic and political advocacy has been a core commitment of the WCRC for decades. In conducting advocacy programmes, the WCRC lives out its vision and makes an essential contribution to the needs of member churches,” said the report. The GRAPE programme, which is planned to begin in 2023 with two pilot projects, will train local leaders to be advocates for justice in their own contexts, while also contributing to the global movement.

The programme will be overseen by an executive secretary for mission and advocacy, a new position which will be funded by several donor partners. A search committee will shortly be established to find the best candidate, even while the final funding is put in place for an initial five-year term.

The decision to plan for a 2025 General Council—which will be the organization’s 150th anniversary—was accompanied by an affirmation to hold the Council in Asia, continued work on its theme, and the development of principles for members of a planning committee, which will be constituted at the Executive Committee’s next meeting in May 2022.