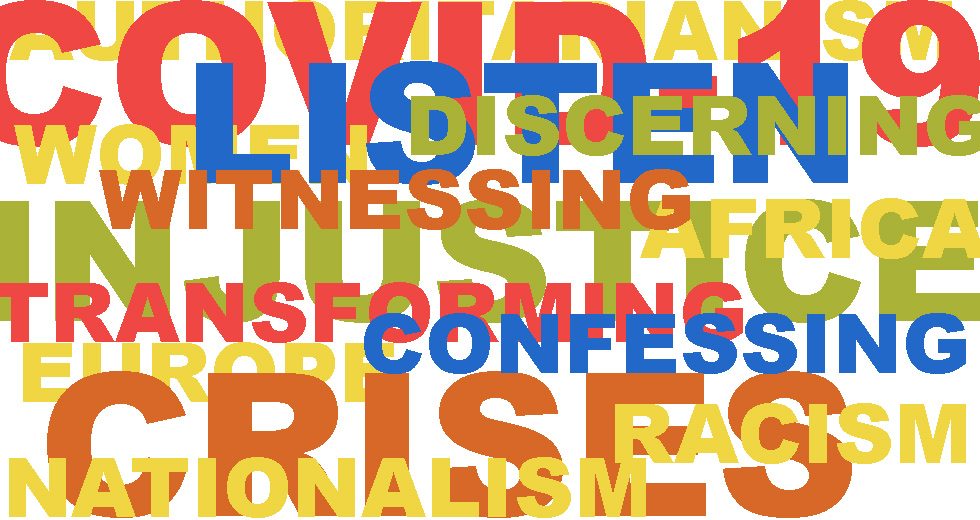 The “Discerning Circle” of the World Communion of Reformed Churches (WCRC)’s “What Does God Require of Us? Discerning, Confessing, and Witnessing in the Time of COVID-19 and Beyond” process set a framework for continuing work.

This initial circle concluded on Wednesday, 10 March, with a virtual meeting, reviewing the input from previous sessions and providing the four dozen participants from around the world time for discussion in small groups.

“The framework that is being built points the Communion to become a living confession for the world,” said Hanns Lessing, WCRC executive secretary for communion and theology.

“I think that this process has been able to engage the whole Communion in terms of how we respond to the urgent crisis of our times that the pandemic has exposed,” said Philip Vinod Peacock, WCRC executive secretary for justice and witness. “It has raised some difficult questions, but we have also been able to hear the voices of those who are normally silenced.”

The process began with an inaugural session on 9 December, which introduced the concept of “global apartheid,” describing the multiple crises exposed by the COVID-19 pandemic. “We may speak today of a phenomenon that we call global apartheid which includes social-economic exploitation and inequalities, political and social exclusion, racial and ethnic discrimination as well as gender injustices and heteronormative oppression. The common denominator here is not only the racial element but also the systemic violent pervasive and totalitarian nature of the oppression,” said Allan Boesak in his presentation.

In summarizing the inaugural session and first theme plenary, held on 27 January and focused on discernment, Katherine Cunningham noted that we are not simply addressing a single crisis but a complex of crises—economic, environmental, racial, political—to which the church must respond.

In summarizing the first sharing session, held 10 February which focused on women and Africa, Meta Ginting said, “In the time of crisis, there is a need to form a contextualized theology that could help people to embrace their existence and the reality around them, for the Spirit keeps burning and the hope keeps fueling. As salvation could not be found in the place of power but the margins, we need to reimagine what does salvation means to those people that suffer the most due to the pandemic?”

“This is a push for confessing, to say, Lord, what do you want from us as a Communion today?” said Najla Kassab, WCRC president. “It’s important to be troubled as a Communion to move forward. We have to be courageous to discern, to look at ourselves, knowing that we are not alone, to trust that God is journeying with us.”

“This discerning process will go on. We have had input from different voices, experiences, and regions, and emphasis of the work we’re doing together in order to name the world in which we live in, to take seriously the current context,” said Chris Ferguson, WCRC general secretary. “We will continue to build the circle and to invite people. We will not conclude with a monolithic answer but find a diverse response, firmly rooted in our vision as a global koinonia called to communion and committed to justice.”

The second of the four circles, “Confessing,” coincides with Lent and Easter, and will begin on Wednesday, 24 March, with a livestreamed session.