For two Syrian sisters, the General Council offers an opportunity to speak of difficulty…and hope 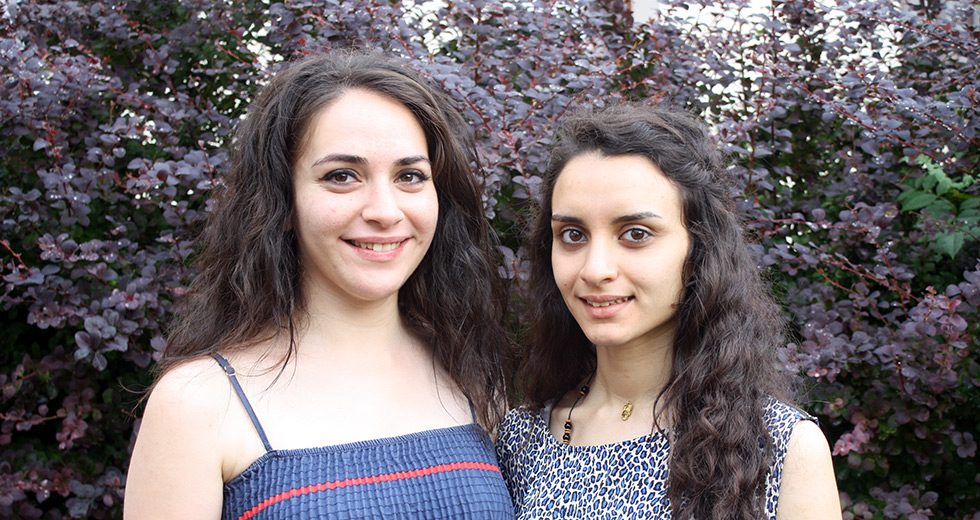 Loujain Saad, a member of the National Evangelical Synod in Syria and Lebanon (NESSL), first learned of the WCRC in 2015. She was invited to volunteer as a steward in Beirut, Lebanon, when the WCRC’s Executive Committee convened there. That opportunity led to an invitation to join the WCRC again in 2017 when the General Council met in Leipzig.

“I was asked if I wanted to bring someone with me as a guest,” said Loujain. “And I immediately thought of my sister, Ghazal.”

The two young women, Loujain age 23 and Ghazal age 18, relish the opportunity to share their real-life experiences in Syria with the greater Reformed church.

So far the girls’ home and immediate neighborhood have escaped the war relatively unscathed. However, there was a span of a year in which they could not attend school. Loujain, who was attending Al-Baath University, and Ghazal, who was studying at the National Evangelical High School (affiliated with the NESSL), both in Homs, took time away from studying when fierce bombing and terrorism made it unsafe to venture out of their house.

“The members of ISIS want to destroy everything. But they especially want to destroy Christians and Alawites. They destroy our houses. They murder us. They kidnap us. They rape us. We just could not go out of the house.”

And while the girls’ immediate family of five—including a third sister—have survived thus far, Loujain and Ghazal tear up when they remember the deaths of a cousin and a friend.

Things have quieted in recent months in Homs, making it possible for the girls to return to school and work. Loujain has completed her schooling and currently serves as an English teacher to first graders. Ghazal is in her final year of high school with plans to become a physician, just like her mother.

“We want our WCRC members to remember us and pray for us,” said Loujain. “We want them to remember the refugees who have immigrated to Europe. And we want them to support the church in Syria. We have to cooperate, to work across national and religious boundaries, to achieve our aims. Each of us is small, but together we can do great things.”

As for Loujain and Ghazal, they have no plans to leave Syria.

“Our faith has made us strong. Jesus Christ has a plan, even if we don’t see it now. But we will never leave. We are the people who will rebuild our country one day.”