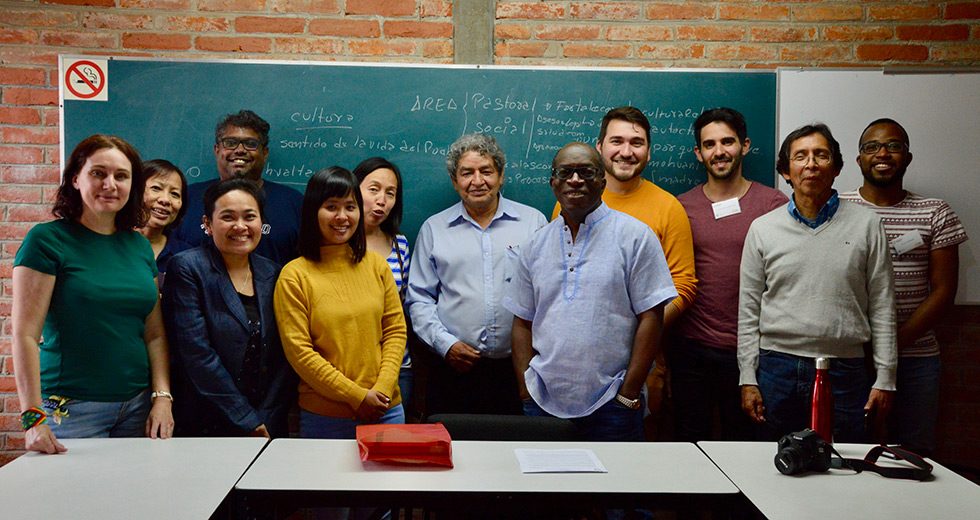 “The migrants were just welcomed in that place as Jesus would have been welcomed,” said Manasseh Musa, a GEM School student from Nigeria, while visiting Casa Mambré, a centre for migrants in Mexico City.

“It was an eye opener to see a space where everyone is accommodated, a place for relief for everyone facing economic and political challenges, standing in solidarity with each other,” Musa said.

The exposure visits offered first-hand knowledge about the economic and political injustices and challenges being faced by the migrant and Indigenous communities in Mexico, allowing students to better understand the local context around which the GEM School is formulated.

During the visit to Casa Mambré the participants had an opportunity to discern the link between migration and how it responds to a range of economic, socio-political, cultural and environmental factors. It gave the participants an insight into the complex migratory processes to large cities like Mexico City.

Casa Mambré has provided medical, psychological and counseling services to migrants since 2013. The GEM School participants met the members of the migrant community, listened to them and learned about the economic and political reasons that led to their migration.

“I was really intrigued by the worship service happening there for the LGBTQ community,” said Alana Martin, a participant from Canada. “It made me think of how many people migrate because of their gender identity. The reasons for migrating varied but their well-being was emphasized in that space; nobody was there to judge each other.”

At the centre for Indigenous people, participants met with José Luis Sánchez García, CENAMI’s secretary, who provided insight into the work of the 50-year-old organization. He informed the GEM School participants of the increased economic hardship faced by Indigenous people in Mexico, one of the largest and most diverse Indigenous populations in Latin America.

“Today, an oil well is worth more than the lives of indigenous people,” he said. “To extract oil, the government will simply displace Indigenous communities. We try to assist these people by trying to find loopholes in the existing laws in the country.”

The visit to CENAMI gave participants an understanding of the history of the Indigenous community in Mexico and how colonization has shaped and defined their current culture and economic challenges.

“If we are searching for the economy of life, the relevance of us visiting CENAMI is to be attuned to the realities that our brothers and sisters from varied backgrounds derive from,” said Pearce Robinson, a participant from United Kingdom. “We have to get that personal experience, and sit with them and find out from them how the economic injustice affects them and how we can work with them for an economy of life.”

The GEM School is a joint initiative of the Council for World Mission, World Communion of Reformed Churches and World Council of Churches.

← GEM School 2018: “If you are not invited to the table, bring your own chair”
Member Church News: Welcoming, Walking, Serving →