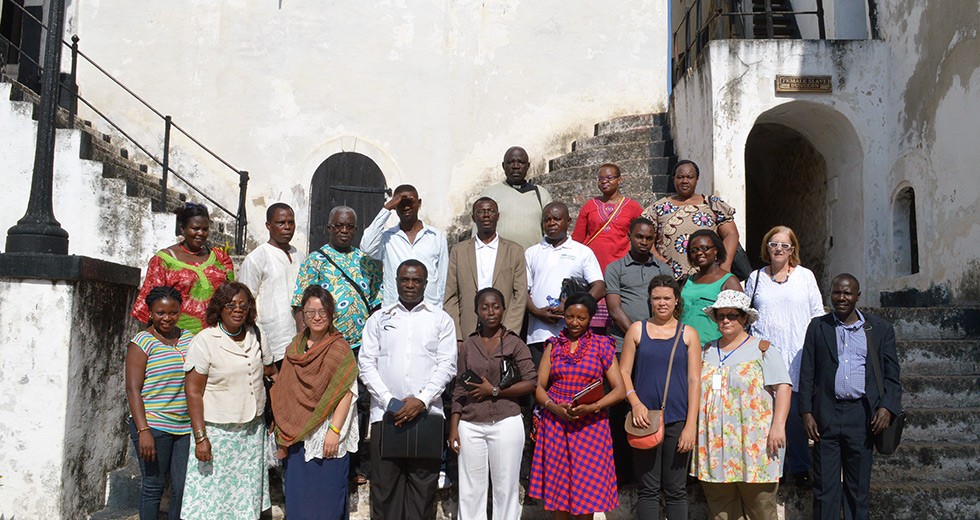 The first in a series of bi-regional consultations focused through the Accra Confession took place in Ghana in November. Participants from the Africa Communion of Reformed Churches (ACRC) and Northeast Asia Area Council (NEAAC) came together under the theme “Gender Reading of the Signs of Times.”

The general objective of the consultation was to reflect through the lenses of gender perspective and different contexts on the challenges churches face regarding violence, injustice and the degradation of both human beings and nature.

“This subject matter is important to me because it is addressing a nagging problem and an entrenched position that has affected humanity for a very long time,” said Lydia Adajawah, ACRC president.

“Both men and women are endowed with varied potentialities and talents by God. But for far too long, most women have been relegated to the background and therefore cannot use their talents to the full. The world thus depends on half the human resources to the detriment of us all,” Adajawah said.

“Gender justice is a significant subject to deal with by the church and the WCRC as it would bring inclusion of women who can bring on board rich ideas at all levels of decision making in the church, community and the world,” said Salome Twum, a member of the World Communion of Reformed Churches executive committee. “Women are also created in the image of God and have all it takes to impact on decision-making at all levels.”

“To my church, it helps us to break the silence and start the discussion towards finding solutions to the gender biases in our system,” said Gifty N.Y. Ahadzi of the Presbyterian Church of Ghana.

Contributing to the discernment process were daily Bible studies, led by former WCRC intern Fundiswa Kobo; presentations from regional perspectives; small group reflections; plenary discussions and a keynote address from Setri Nyomi, former WCRC general secretary. In his address Nyomi stressed the organization’s historic commitment to gender justice and the empowerment of women to positions of leadership within the church.

The painful history of slavery in Ghana provided a deeper understanding of the question of justice as participants visited Elmina Castle, used as a conduit for the slave trade. They noted the juxtaposition of a Reformed chapel directly above the dungeon where females were enslaved, commoditised and brutally maltreated.

“It is important to bring members from different regions because the more the members meet together to consult with each other the more we would realise that we have more commonalities than differences and hence this helps us to combat the root of injustice,” said Rosemary Nachilembe of the United Church of Zambia. “In other words the effects of this state of sinfulness are felt in different forms in different regions. Thus meeting together provides a place where members can, through different stories, encourage one another that hope is not lost.”

At the conclusion of the consultation, the delegates committed to work on a number of specific issues and call the attention of all the member churches to the same. These include giving a voice to all in church governance and leadership, the development of a Bible study model that encourages participation to all and developing ways to ensure fair representation for all in church structures.

“The commitment of participants to challenge their churches for gender justice and balanced participation at the 2017 General Council were very important outcomes,” said Dora Arce-Valentin, WCRC executive secretary for justice and partnership.

“My dream or hope with regard to gender justice is as follows: As our Lord called men as well as women into his mission I would like to see that one day the freedom to serve in the church becomes a reality everywhere in the world,” said Mai-aiki Kadade of the Evangelical Church in the Republic of Niger.

The next Accra+10 bi-regional consultation is planned to be held in Cuba at the end of January between members of the Latin America Alliance of Presbyterian and Reformed Churches (AIPRAL) and the Caribbean and North American Area Council (CANAAC).