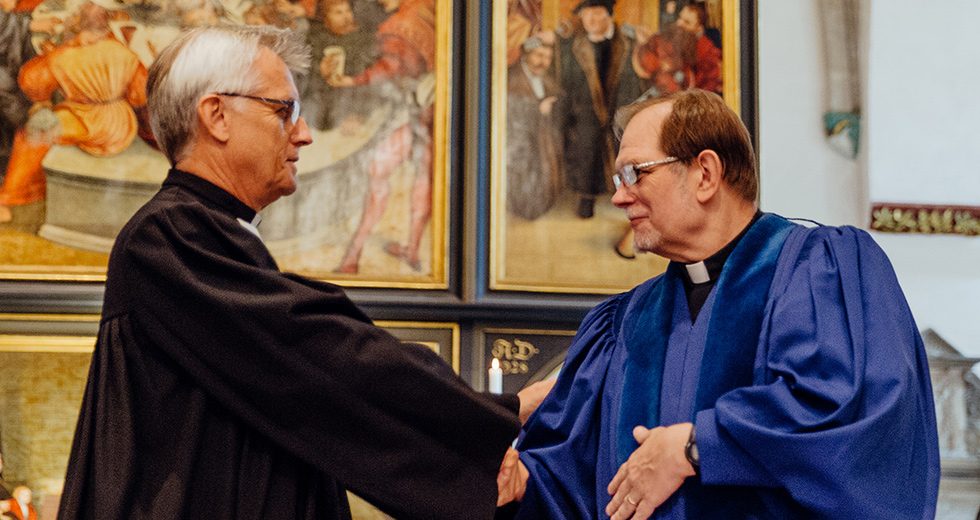 General Secretary Chris Ferguson, who will complete his term of service to the World Communion of Reformed Churches next year, shared his thoughts on the position to provide insight into those who may be considering applying.

“We really are called to communion and committed to justice—and that’s very satisfying,” said Ferguson, “as is bending into the fact that this is a global family that really matters to its members and that is really centered in its core mission of the gospel of Jesus Christ.”

“One of incredible parts of the job is the synergy in discernment. This really is the priesthood of all believers, where the secretariat and governing bodies have a unique opportunity to create a strong community of action and discernment,” he said.

Considering challenges facing the general secretary, Ferguson said, “We are the largest Protestant world communion that for reasons of both our identity and circumstances has the smallest infrastructure and staff. One of the challenges is the enormity of the task with the scarcity of resources.”

“We have a very ambitious vision, a small staff, and a diverse body,” he explained. “Diversity is our strength, theology and faith matters, what we do matters to the life of our churches. Sometimes we’re better, and sometimes we’re worse at working through our diversity to get to a common place.”

Prior to the onset of the COVID-19 pandemic, Ferguson said, “we were just falling into the groove of a very ambitious strategic plan. Now, there’s been a total change in how we work while we continue to keep the ‘what’ alive.”

“For the general secretary, as organizational leader, that means attending to all issues of governance and internal relationships within the Communion—membership issues and needs—and at the same time a very ecumenically rich relational program work that had very strong confessing and prophetic dimension,” he said.

The WCRC Strategic Plan, based on the actions of the 2017 General Council and adopted by the Executive Committee in 2018, guides the work of the organization. “As the general secretary, you’re always trying to sharpen the plan you’ve got, implement the plan you’ve got, and set the processes that will lead to the next plan,” Ferguson said.

“We are trying to incarnate a global koinonia—called to communion and committed to justice—which understands itself in this period to be marked by discerning, confessing, witnessing, and being reformed together,” said Ferguson. “We actively try to engage our members locally, nationally, regionally, and globally through these four verbs. The general secretary is always particularly impacted by the trajectories that are two-fold—what builds and strengthens ourselves as a communion and how we have an impact and relationship outside.”

“If uncertainty does not faze you, this is a powerful time to show leadership because it is powerfully needed,” Ferguson added.

Applications for general secretary are being received through 30 November. More information, including requirements and instructions, can be found here: wcrc.ch/search