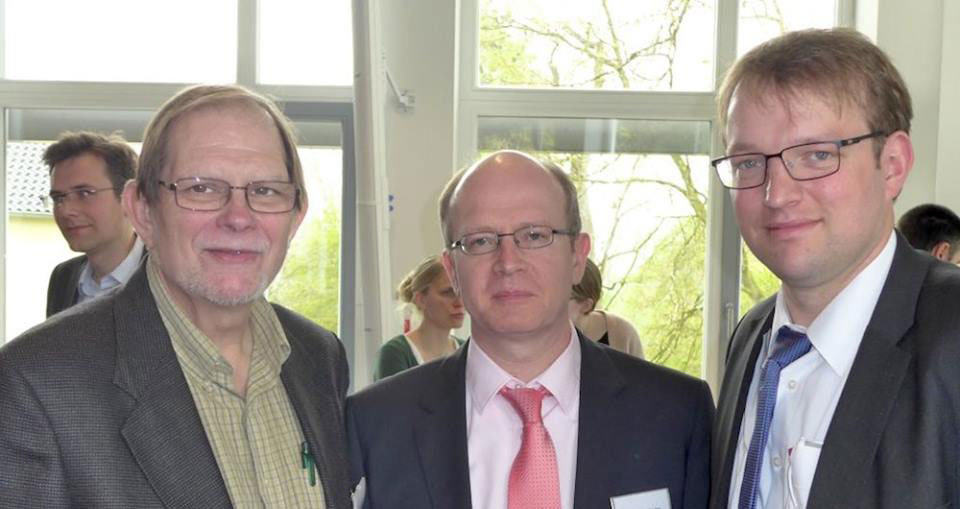 The Reformed Alliance in Germany (Reformierte Bund) held its General Assembly from 23 to 25 April in Villigst (Westfalia). Delegates of Reformed churches from all parts of the country elected new members to the executive committee, as well as a new moderator for the next 8 years.

The focal point of the assembly was the transition in leadership, as Peter Bukowski (a member of the WCRC’s own executive committee) who had held the position of moderator for the past 25 years, stepped down after reaching retirement age. His successor is Martin Engels, a 35-year-old minister of the Evangelical Church of the Rhineland and coordinator for church projects related to the Reformation Anniversary 2017. Engels lived in Michigan (USA) as a child; studied theology in Heidelberg, Wuppertal and Bochum; spent a year in Japan as a student and participated in the WCRC’s Global Institute of Theology in 2010.

During the assembly Achim Detmers, the new general secretary who took over from Jörg Schmidt at the end of 2014, presented his strategic plan for the next 4 years. The assembly welcomed his idea of a mobile app for smartphones focusing on Reformed spirituality and the bold proposal for a Karl Barth commemoration in 2019.
The recent tragedy in the Mediterranean where hundreds of migrants from the Middle East and Africa drowned in an attempt to reach the European coast was at the center of a heated debate. A resolution calling for an urgent review of European asylum legislation and for the immediate creation of safe passageways for refugees was unanimously adopted.

Another intense discussion centered on the value of the Old Testament for Christians today. The assembly clearly rejected the suggestion by a theology professor from Berlin that the Old Testament should not be considered a part of the biblical canon. A resolution highlighting the Reformed understanding of canonical scripture was adopted.

The assembly closed with an installation service led by Martin Heimbucher, president of the Evangelical Reformed Church in Germany and Dietmar Arends, president of the Regional Church of Lippe in the presence of Chris Ferguson, the WCRC general secretary, who extended the World Communion’s best wishes to the new leadership.