In Cuba, Kassab calls for churches to be sign of hope 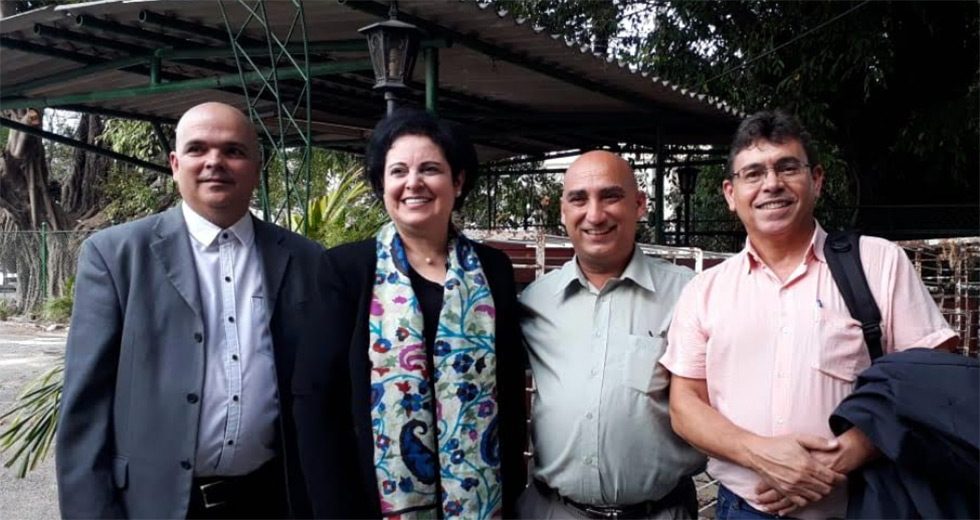 Lives can be transformed in an instant; in other circumstances, it can take years, even decades, to enact change. WCRC President Najla Kassab’s recent visit to Cuba demonstrated both.

The day before Kassab arrived in Cuba, a freak tornado swept through Havana. In 15 minutes, 4000 homes were damaged, 200 people injured and four people killed. 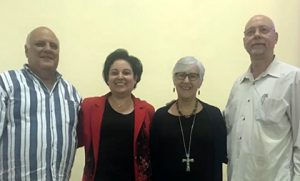 Kassab visited the damaged neighbourhoods, along with local church leaders and other visitors, including Agnaldo Gomes, president of AIPRAL, the Latin America Alliance of Presbyterian and Reformed Churches. They saw how the Presbyterian Reformed Church in Cuba was helping victims recover, a process that could take months or even years.

Both Kassab and Gomes were there for the Synod of the Presbyterian Reformed Church in Cuba (IPRC), but prior to the synod, Kassab participated in a commemorative conference, “Jose Martí: For the Balance of the World.” Martí was a 19th century revolutionary philosopher and political theorist who laid many of the foundations for Cuba’s quest for independence. 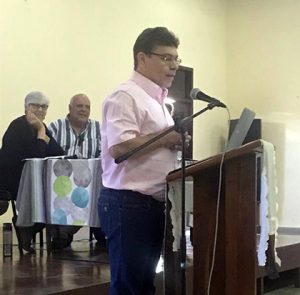 Kassab spoke on “Peace and Christian Ethics” at the conference, basing her presentation on John 10:10, which received national television coverage. “Peace is not the absence of war but rather the struggle to have a better life for all,” she said. “With the well-being of the people, flowing out of God’s will for all to have ‘fullness of life,’ living peace is the hope of achieving a dignified life for all.

“Peace is achievable because we are the people of hope,” she said. “If we want to summarize what is happening in the world today, we cannot but see clearly how the world is overwhelmed with the culture of fear rather than hope. Radical groups have succeeded in planting fear around the world. To rise is to live according to a culture of hope, and the church has to lead in that. As a pastor who lives in the Middle East and deals with our churches in Lebanon and Syria, I have learned how, despite all divisions, the church can be a sign of hope.

“As a child I was born and raised in the time of war in Lebanon, and I pray that peace in the Middle East will happen in my life time,” Kassab said. 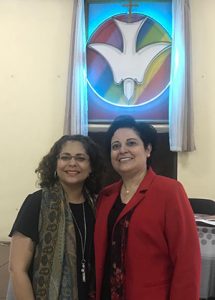 “I am very grateful for the opportunity to have so many partners at our synod meeting, including AIPRAL and WCRC as regional and worldwide communities,” said Arce Valentín. “Their presence, as well as our partner churches, gave us the certainty that we are part of a great body that surrounds each member with love and hope for the future. It gives us the strength we need in order to achieve our mission to announce the blessings of the Kingdom of God, justice and peace for all of God’s creation.”

The synod added both the Accra and Belhar confessions into their book of order and also issued a statement noting the recent deterioration of the relationship between Cuba and the United States and the impact this has on families living in both countries. The statement called for a “a process for the reconciliation and normalization of relations between both countries” and the reopening of the US consulate in Havana as a concrete measure.