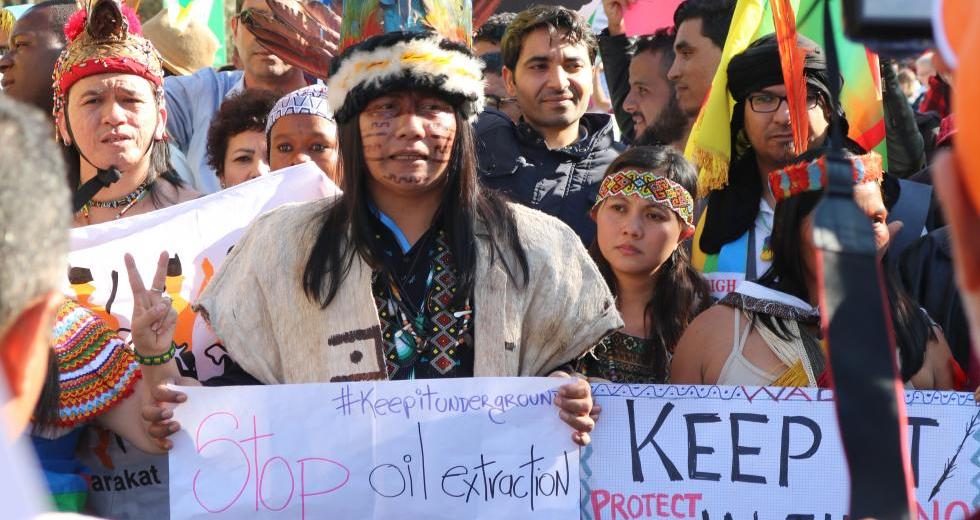 Indigenous leaders from around the globe shared their vision for a just economy—one that will not usher in genocide, displacement, and exploitation.

During a webinar organized through the New International Financial and Economic Architecture initiative (NIFEA), they spoke on the collusion of capitalism, colonialism, and Christianity, and shared how indigenous communities are well-suited to lead the ecumenical movement in seeking alternatives to the world’s death-dealing systems.

Chebon Kernell, director of the Native American Comprehensive Plan of the United Methodist Church (USA), said the webinar was able to “pinpoint and recognize some of those systems that are in place in society that have contributed to the conditions of our people.”

Mari Valjakka from the Sami tribe in Finland, offered a critique of how even environmental movements were practicing “green colonialism” in which indigenous lands were being appropriated in the name of climate justice and green energy. “We need climate justice, and that is urgent, but there is no climate justice if there is no justice for Indigenous people,” said Valjakka.

Elvira Rumbaku spoke of state suppression of the West Papuan indigenous people by the Indonesian government, noting how capitalistic ideology works by enforcing a dominant knowledge system and that indigenous knowledge systems are denigrated because they are not compatible with “Indonesian nation building.”

Jacobed Solano, an indigenous woman from Panama, spoke of the colonialism that tries to kill the indigenous spirit. “We can understand the meaning of earth as not just a territory, an element which is isolated,” she said. “We are part of it therefore, and this colonialism which is part of our territory favours violence.”

In a round of responses to the initial presenters, others spoke of how one could draw from indigenous resources to find alternatives.

Inatoli Phughoto Aye, a Sümi woman from Nagaland in India, spoke of how the tradition of the “feast of merit” is a concrete example of an economic alternative that resists the notion of accumulation and is instead based on generosity for the whole. She noted that this “broke the cycle of the accumulation of wealth… and is a form of the taxation of the rich.”

The webinar was held in conjunction with the United Nations Permanent Forum on Indigenous Issues, which has a theme of “Peace, Justice and Strong Institutions: The role of Indigenous People in Implementing Sustainable Development Goal (SDG) 16.”

The New International Financial and Economic Architecture initiative is an initiative of the Council for World Mission, Lutheran World Federation, World Communion of Reformed Churches, World Council of Churches, and World Methodist Council.