Let us pursue what makes for peace and for mutual upbuilding 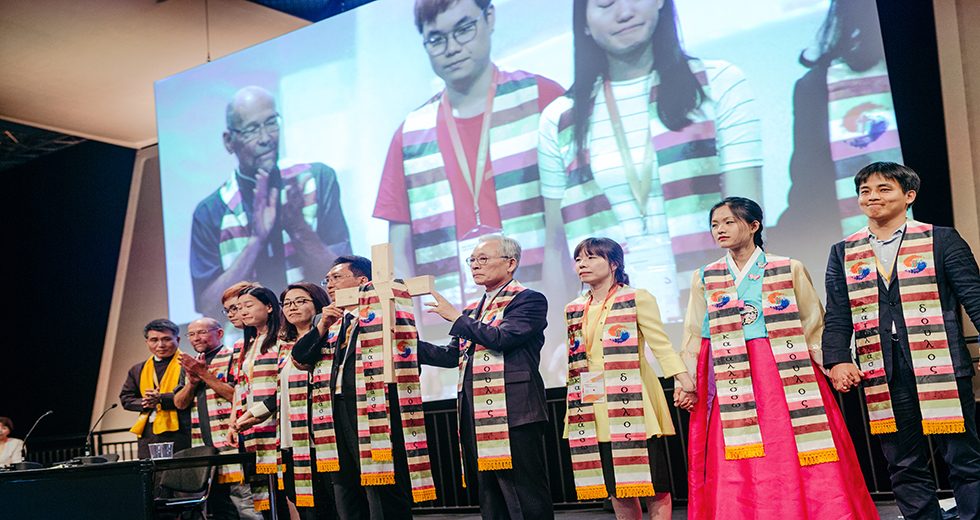 Earlier this year, on the 27th of April 2018, leaders from both North and South Korea met at Panmunjom and resolved to work towards peace, reconciliation and reunification. This marked a historic shift in relations between North and South Korea and a de-escalation of tensions in the Korean Peninsula. The Inter-Korean Summit meeting at the “Peace House” at Panmunjom declared a new era of peace. It specifically called for a complete suspension of all hostile acts and working together to make the Demilitarized Zone (DMZ) an actual peace zone and a replacement of the armistice with a peace treaty. The Panmunjom declaration further committed to a phased disarmament and working towards the goal of realizing a nuclear-free Korean Peninsula through complete denuclearization.

The recently concluded summit between the United States of America and the Democratic People’s Republic of Korea committed to establish new relations between the two countries and join their efforts together to build a long-lasting peace regime in the Korean peninsula. Both countries also reconfirmed the Panmunjom declaration.

Peace and Reconciliation efforts in the Korean Peninsula have long been on the agenda of the World Communion of Reformed Churches. The recently concluded General Council in Leipzig received a delegation from the Korean Christian Federation. The General Council also instructed the WCRC to bring together the many ecumenical initiatives working for peace to create an “Ecumenical Accompaniment Process for Healing, Reconciliation and Peaceful Reunification of the Korean Peninsula.”

The WCRC calls on all its member churches, ecumenical partners and like-minded friends to lobby with their respective governments, civil society partners and other agencies to end the stigmatization of the DPRK, bring a conclusion to the economic sanctions and a complete cessation of military aggression in the Korean Peninsula.

We particularly call on all member churches to remember the Korean Peninsula in prayer on the 12thof August and make use of the liturgy which has been jointly prepared by both the National Council of Churches in Korea (South) and the Korean Christian Federation (North).