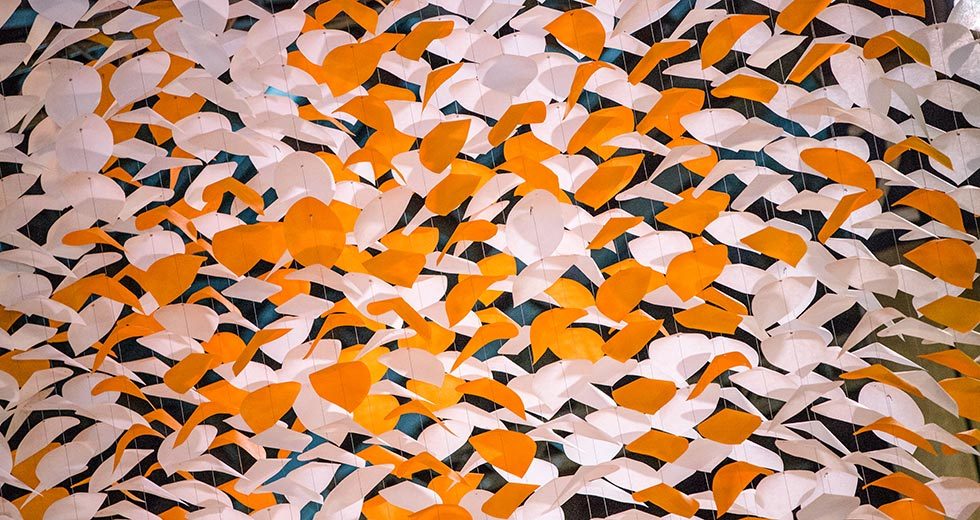 The summarized text of the opening Bible study session, where Rev. Dr. Hyun Ju Bae of the Presbyterian Church of Korea shared with the participants on the theme of “Living God, we repent our idolatry; lead us to justice and peace” (Jeremiah 10:1-10)

The theological reflection of the Bible is fundamentally shaped by the knowledge of the living God. In the Bible, “living God” is a significant invocation of God that is uttered with profound wonder at the divine mystery. By pronouncing “living God,” believers stand before God in whom “we live and move and have our being” (Acts 17:28), and are drawn into the amazing sphere of God’s presence, redemptive action in history, and creative love for life.

“Living God” is the holy and eternal God. The encounter with the immortal and infinite God who is supreme and majestic above all creatures brings up a “creature-feeling,” or a sense of nothingness (Rudolf Otto).When a theologian seeks to contrast the “God of Abraham, Isaac, and Jacob,” the “God of Jesus Christ,” with the “God of the philosophers,” as Blaise Pascal did, he or she tends to rely on the biblical appellation “living God” among others.  For it conveys a profoundly mystical experience of the transcendent God that defies a mere conceptual straightjacket. Living God with sovereign freedom is neither for domestication, nor under magical control, nor under priestly guardianship (Acts 7:48). Living God is the source of the iconoclastic vocation of prophets and reformers. Jesus Christ, whose ministry unmistakably reflects prophetic engagement and reforming commitment, is “the Son of the living God.” (Mt 16:13-16).

“Living God” with sovereign freedom and in unapproachable majesty is the God of fidelity as well. Characterized by a dynamic intervention in history, living God is in the faithful covenantal relationship with the people of God. The livingness of God is demonstrated in God’s deliverance of people, God’s pedagogy and judgment, and the fulfilment of God’s promise, that is, in God’s will to saving, forming, guiding, rectifying, and communicating with the people of God. While the people of Israel broke the covenant, which brought forth the divine rage and judgment, the faithful God promised a creative way to enact a new covenant (Jer 31:31; 1 Cor 11:25). In the New Testament, Paul declares that even the unfaithfulness of the people of God didn’t nullify the faithfulness of God (Rom 3:3-4).

“Living God” is the God of life. As the Creator of heaven and earth, God gives life to all humans (Gen 1-2; Ps 139:13-14; Jer 38:16) and all things (Tim 6:13). Life in the fullness of human and earth communities is God’s joy. For the Creator of life, any violence crushing life, or any destruction of human dignity and community life, is a challenge to God’s own work. The God of life denounces the power of death. Being a sinful and arrogant rebellion against the God of life, the power of death manifests itself in oppression, domination, exploitation, discrimination, exclusion, and alienation. God’s preferential option for the poor and the weak is natural because their life is most vulnerable and easily under the threat of death. The living God who gives life imparts graciously new and eternal life (Rom 6:4; Jn 3:16). Life is a gratuitous gift. The core secret of flourishing life is love. Love is to life, what hatred is to death (Mt 5:21-22). The God of life is characterized by a will to creative love.

Jeremiah was a true prophet sent by the living God. He was compelled to speak the word of the Lord, “something like a burning fire” within his soul (Jer 10:9). The prophets were not so much of foretellers whose specialty rested in the prediction of things in the future as leaders who considered themselves the ambassadors of Yahweh. As a messenger of the living God, Jeremiah spoke God’s perspective of national and international reality in the crisis of Judah and denounced her complacent and self-serving nationalism and pervasive idolatry. He proclaimed that Israel should leave behind the idolatry to turn to the true and living God. While the destination of going after other gods is Israel’s hurt (Jer 7:6), the plan of the Lord is not for harm, but for the welfare of Israel, to give them a future with hope (Jer 29:11; 30-33).

Regarding the way for “a future with hope,” there were different opinions. Jeremiah emphasized the importance of the covenantal obedience rather than blind religious rituals (Jer 7: 1-7, 22-26, etc.). What matters is the practice of commandments not to oppress the alien, the orphan, the widow, not to shed innocent blood, and to truly act justly one with another. Neither idolatry nor the temple-centrism is an option, as these routines are void of the true knowledge of God and the ethical obedience coming from covenantal responsibilities (Jer 7:5-7).

There is nowadays an increasing number of enlightened atheists who are alienated from religion in disillusionment when they experience its violence, misuse of reason, and deep-seated patriarchy. Idolaters could be found in both religious and atheist sectors if limitless profits, power, technology, consumerism, militarism, nationalism, individualism, fundamentalism, racism, patriarchy, or any other finite objects or penultimate values are venerated as infinite and ultimate on their priority altar. Now just as then, both faith and idolatry are not confined in the realm of religion, but penetrate into the manner of organizing the whole life of individuals and societies. A confrontation between faith and idolatry inevitably involves a battle between two competing narratives that provide two different perceptions and understandings of reality, just as in the case of Jeremiah and the false prophets.

When the churches listen to the voices of victims, the complex matters frequently become simple, and a dichotomous confrontation between two competing narratives are often inevitable. Jesus Christ was himself a victim of hegemonic oppressive structure of the Roman Empire. Being the body of Christ, the church takes seriously the experiences and the perspectives of the vulnerable and weakest members of human and earth communities. Considers the right to life and happiness of the next generations.

The Accra Confession offers an alternative narrative in prophetic tradition as follows:

We believe that any economy of the household of life given to us by God’s covenant to sustain life is accountable to God. We believe the economy exists to serve the dignity and wellbeing of people in community, within the bounds of the sustainability of creation. We believe that human beings are called to choose God over Mammon and that confessing our faith is an act of obedience. Therefore we reject the unregulated accumulation of wealth and limitless growth that has already cost the lives of millions and destroyed much of God’s creation (22, 23).

This year marks the 50th anniversary of Martin Luther King, Jr.’s prophetic speech, “Beyond Vietnam – A Time to Break Silence,” delivered on April 4, 1967, at Riverside Church in New York City. In this illuminating address, King pinpoints “a very obvious and almost facile connection” between the war in Vietnam and the struggle for poor–both black and white.

I am struck by the precise truth in King’s observation of “the war as an enemy of the poor.” We are living in a scandalous world where an astronomical amount of finance is invested into the military industry while the unprecedented food crisis and hunger are taking place, and the gap between the rich and poor is widening. Accra confession states that “the annual income of the richest 1 % is equal to that of the poorest 57% and 24,000 people die each day from poverty and malnutrition.” Humankind is a wolf to humankind (Plautus: homo homini lupus). Greedy idolatry worships a murderous god, who doesn’t care about how much blood of innocent people is shed in the blind pursuit of limitless profits and monetary interests. Jeremiah conveys the divine indictment of King Jehoiakim: “But your eyes and heart are only on your dishonest gain, for shedding innocent blood, and for practicing oppression and violence”.

In the world fascinated with life-destroying values such as competition, individualism, limitless growth, greed, and hostile confrontation, the church needs to try to articulate, speak loudly, and live up to the fundamental tenets of Christian values. The list would be endless: prayer, faithfulness, unity, solidarity, shalom, justice, compassion, hospitality, jubilee, the kingdom of God, eucharist, oikos, koinonia, the power of love instead of the love of power and so on. These Christian values are “antidotes for fear” (Martin Luther King Jr.) and building blocks for human villages.

God’s love formed us as children of the living God

On Pentecost the Holy Spirit enabled people to understand each other despite all kinds of differences, beyond race, gender, class, age, nationality, ethnicity, disability, and so on. We are invited to live in love as friends, brothers, and sisters.

The Reformers were iconoclasts to deconstruct petrified faith to shake and wake up the people of God to turn to the living God. I hope that we, as reformed families who inherit the iconoclastic spirits of the Reformers, could summon our courage in God’s grace to take the initiative in discerning our contemporary idolatry within and without. Reignite our living faith in the living God, and spearhead and shape the ecclesial and social changes in the 21st century for the glory of God. “If we dream alone, it is just a dream. If we dream together, it is the beginning of new reality. If we work together, following our dreams, it is the creation of heaven” (a Brazilian saying). May the living, faithful, and loving God be with us today and throughout all the programs of the General Council, refresh us with inspirations and friendships, and bless us with all the joy coming from the Holy Spirit!