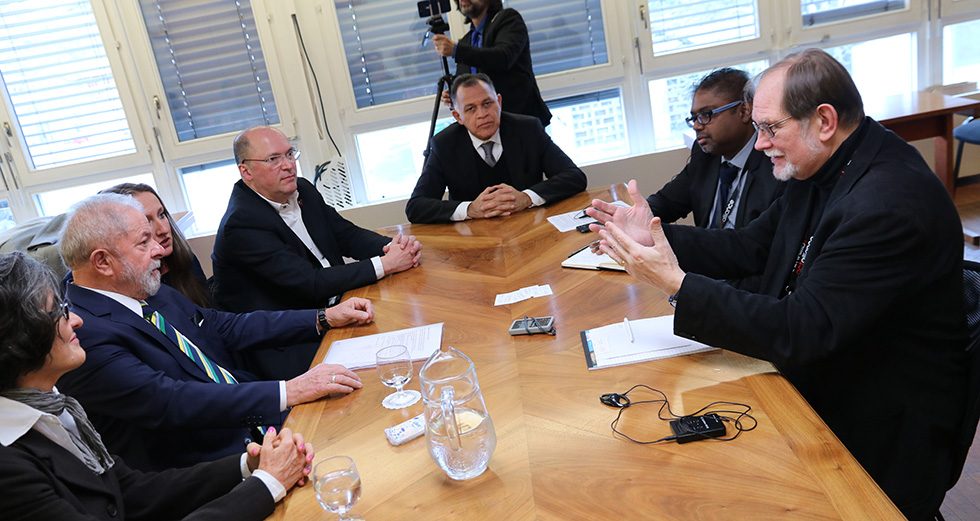 In response to hearing the World Communion of Reformed Churches’ justice imperatives, former Brazilian President Luiz Inácio “Lula” da Silva noted that global inequity abounds and that the participation of the church for global justice and addressing inequality is imperative, particularly to galvanize society.

He stressed the need to address the concerns of workers, peasants and the landless in forging a new global order based on justice, particularly through social inclusion policies and equitable national budgeting.

They presented the WCRC’s vision for justice as a faith imperative, drawing from the Accra Confession. The Accra Confession is based on the theological conviction that the economic and ecological injustices of today’s global economy require the Reformed family to respond as a matter of faith in the Gospel of Jesus Christ.

Specific examples of how the WCRC puts this conviction into practice were shared with the former president, including the New International Financial and Economic Architecture (NIFEA) program and the Zacchaeus Tax Campaign.

Also highlighted was the WCRC’s movement toward being a confessing communion in a context of global apartheid, where growing racism, authoritarianism and nationalisms convicted the Communion to confess the God of life in a world fallen among thieves.

Brazil’s former president is visiting Europe from 3 to 11 March to exchange with political, trade union and religious leaders about social inequality. In Geneva he held meetings with representatives from the ACT Alliance, Lutheran World Federation, World Council of Churches and WCRC. 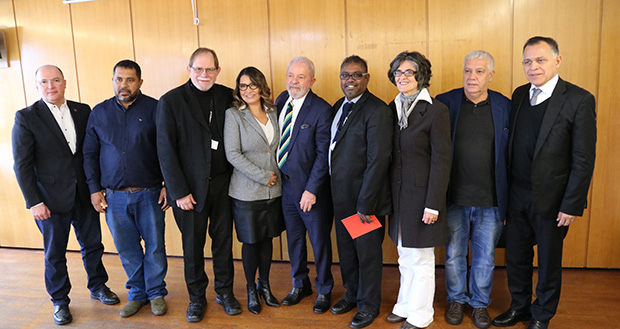