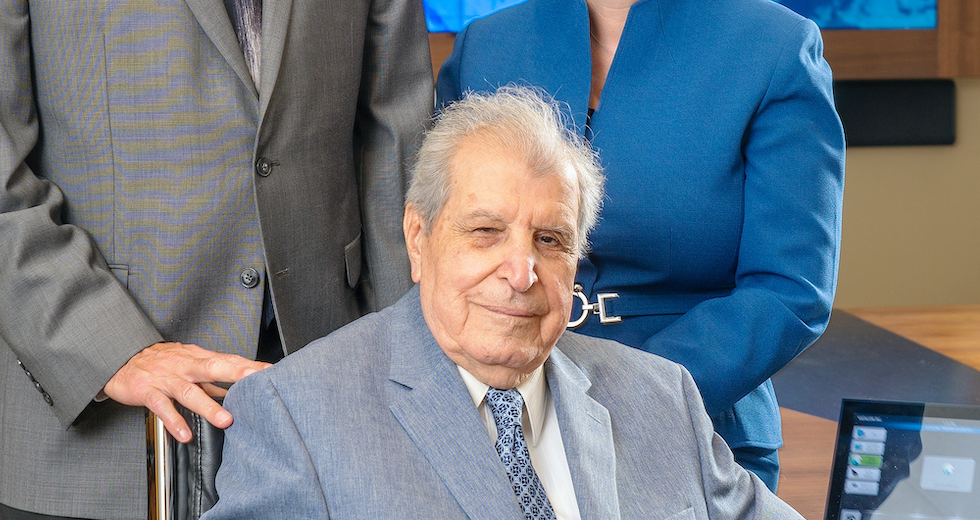 Sometimes an invitation to visit a new place is life-changing. That’s certainly what happened to Jack Ferlino.

Nearly 30 years ago, he was invited to go to Romania, and what he witnessed then and in more than a dozen trips since inspired him to make a permanent gift through the World Communion of Reformed Churches (WCRC), for the Hungarian Reformed Church in Romania. The relationship was fostered through Lehigh Presbytery’s Worldwide Ministries mission efforts.

The WCRC, through its Reformed Partnership Fund, shares financial resources between member churches, including funds designated for specific projects and organizations.

Ferlino, now 100 years old, says there were many experiences there that inspired his gift. He summarizes it this way: “I finally came across a group of churches that really practice the Six Great Ends of the Church,” Ferlino says. “It was a wonderful relationship to have, so we entered into partnership.”

Ellie Johns-Kelley has worked with Ferlino to set up the fund. She is a Ministry Relations Officer for the Presbyterian Foundation. “Jack’s love for both God and the church are deep,” Johns-Kelley says. “His relationships in partnering in ministry around the world will be enduring as well as invitational as others may make additions and thereby join in supporting the Hungarian Reformed Church in Romania.”

To understand why the Church in Romania needs support, you’ll need to know some history. Hungarians are an ethnic minority in Romania. A series of treaties, battles and political moves in Romania during World War I ceded Transylvania to Romania, taking it from its Hungarian origins. 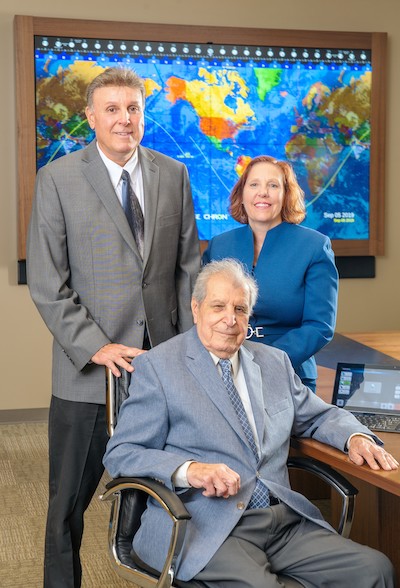 Romania was under communist rule until 1989. During that time Christians were harassed, making Christian worship difficult. Christianity is strong in Romania today, and the Reformed Church in Romania has a special ministry to the Hungarians that no one else is fulfilling.

These churches are so much more than places of worship; they are centers of life and care for the people that they serve, Ferlino says. “The church there is the focal point of their life,” Ferlino says. “Everything is around the church, including social activities. Diaconia is the organization that attends to the shut-ins and the sick, and the orphanages as well.”

Ferlino recalls another moving story from a visit to Romania. He was asked to visit a farm owned by a mother and son. They enjoyed the visit, but around noon, they found the mother of the family crying in the kitchen. Ferlino asked if they had done something inadvertently to upset her. “They told me she is crying because you have come this far to visit us, and she can’t set the table the way she wants to,” Ferlino says. “I was in tears then, as I am now. I hope this gift will help her, and the others as well.”

Ferlino was particularly moved by meeting pastors. “We have one pastor who serves seven churches,” Ferlino recalls. That pastor visits one church each day of the week. “All of the churches are rural. They are all very old. Some of them go back 500 years.”

His pastor, Rebecca Mallozzi, says Ferlino is a man of incredible faith. “Jack has a heart and passion for all mission, and he definitely has a passion for the Hungarian Reformed Church of Romania,” Mallozzi says. “He genuinely cares for them. Jack embodies what we mean when we say, ‘The table shall be wide.’”

He became interested in mission outside of the U.S. when he was invited to join an effort by Lehigh Presbytery to create a Worldwide Ministries Care Team in 1994 as a way to create partnerships among the presbytery, churches, and partners in other parts of the world. Worldwide Ministries-Lehigh Presbytery entered into a covenant partnership in 1997 with the Reformed Church of Romania for mutual mission, ministry and support.

As part of that work, the Earl Pope, a Presbyterian pastor and a professor at Lafayette College in Easton, Pennsylvania, invited Ferlino to go to Romania with him. Ferlino, who has retired from Vistacom, accepted the invitation and became deeply involved in many ways, including helping to coordinate and plan an International Ecumenical Seminar held at the Protestant Theological Institute in Cluj, Romania, in 1999.

Pope, who died in 2012, taught in the religion department at Lafayette for 30 years. He was born in Romania, Ferlino says, and immigrated to the United States when he was 3 years old.

Ferlino still believes passionately in the need to support churches in Romania. In an article published by Lehigh Presbytery in January 2021, Tibor Kiss, counselor in the Department of International Relations of the Transylvanian District of the Reformed Church in Romania, praised Ferlino for his role as a bridge builder. He said Ferlino helped church members in the United States and Transylvania together meet the “challenges of human life in a secular, unjust, discriminatory social environment.”

Kiss talked of Ferlino’s strong work ethic and compassion for those in need, concluding, “Since I have met Mr. Ferlino for the first time, I am continuously fascinated by his astonishing compassion toward our Church and its people. Furthermore, Mr. Ferlino is gifted by the capacity of spreading this compassion among his co-workers.”

Mallozzi says Ferlino has never tired of the work. “Jack’s heart and passion for mission always reminds me that as the body of Christ, we never retire from finding ways to love and serve God by loving and serving our neighbors,” she says.