Northeast Asian youth learn from each other 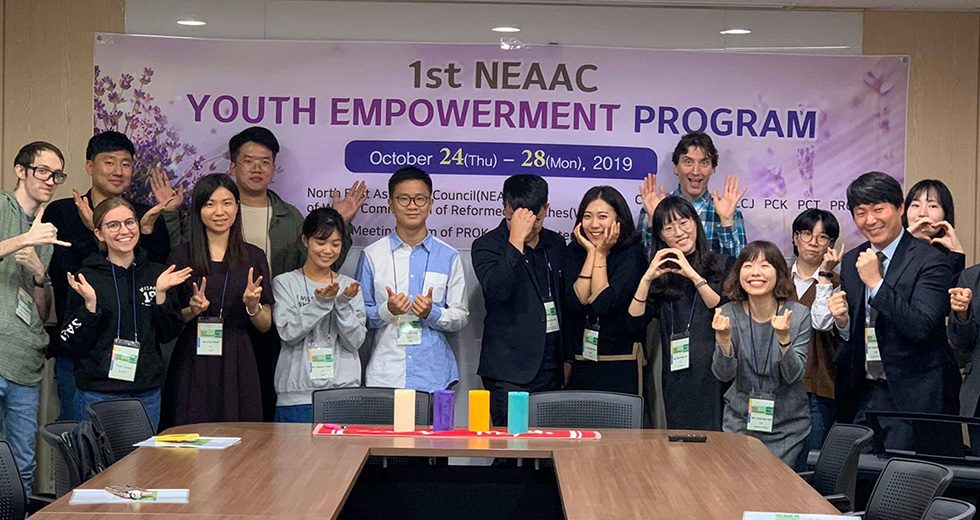 Sponsored by the Northeast Asia Area Council (NEAAC), the four-day meeting was designed to introduce NEAAC and the World Communion of Reformed Churches to the young leaders, provide them with a space to share and learn from each other and empower them to work more closely together on issues that impact them all.

“As members of Reformed churches, social participation is very important,” said Lian Chin-Siong, NEAAC convener and ecumenical officer of the Presbyterian Church in Taiwan. “Although we come from different countries, we are all influenced by the politics of the United States and China in political, church and social issues.”

Representatives from each of the churches in attendance reported on the issues they encountered in their contexts:

The Hong Kong Council of the Church of Christ in China representative reported on the current unrest there, feelings of injustice and a loss of hope for the future.

The Japanese Christian Church representative said the number of Christians was decreasing, including those seeking to become ministers, and that discrimination against minorities was an issue.

The Presbyterian Church in Taiwan representative reported on the destruction of Indigenous culture along with other social and political issues, including a widening gap between generations.

Taking these and other expressed concerns as a whole, the attendees wrote a common prayer which they released to the public at the conclusion of their gathering, which concludes, “Let us try to overcome the difficulties and share our vision, as well as prayers with each others and our local churches, to create a brighter future.”

Given the success of this first Youth Leadership Empowerment gathering, Chin-Siong looks forward to holding it in other countries on a regular basis.