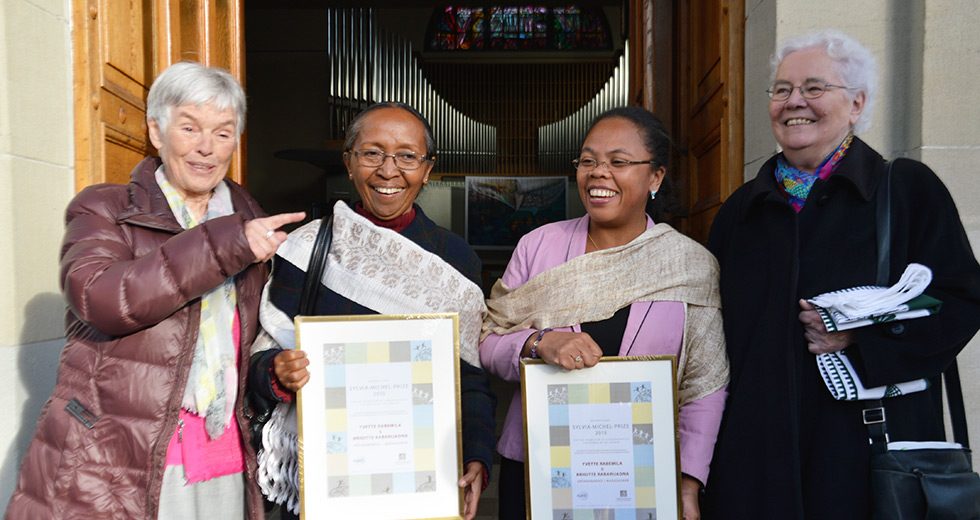 Nominations are now being accepted for the Sylvia Michel Prize, a bi-annual award that promotes and supports projects preparing women for leadership positions in Reformed churches worldwide.

“As a worldwide organization we are engaged to empower women from around the world,” said Dora Arce-Valentin, the WCRC’s executive secretary for justice and partnership. “For us this issue of empowering women is a matter of justice, and we are a communion committed to justice.”

The prize was established to honour Sylvia Michel of the Reformed Church of Argovia who was the first woman in Switzerland to hold the position of president of a church. After completing her theological studies, Sylvia Michel was ordained to the ministry of Word and Sacrament in 1964. In 1980 she was elected as president of the Reformed Church of the Canton of Argovia and became the first woman in Europe to hold such a high-level position.

In thankful commemoration of her pioneer work and for the competence with which women sustain and lead churches, the Sylvia Michel Prize was launched in July 2007 by the Reformed Cantonal Church of Argovia in partnership with the World Alliance of Reformed Churches (now the WCRC).

The prize is awarded to a project already in progress which has one or all of the following goals:

The entry form must be completed and submitted with a budget for the project and official endorsement by the church.