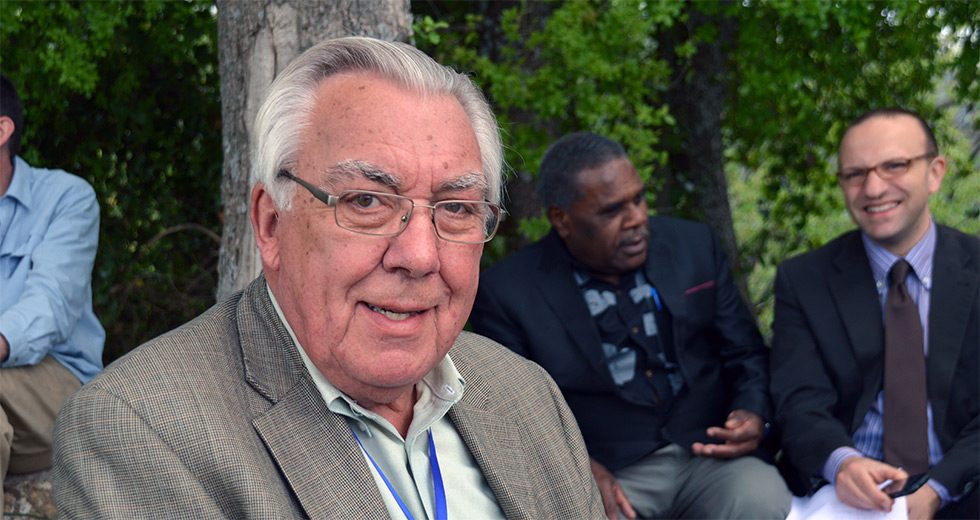 “The unity we seek is not to be of our own making, no matter how hard we seek it. The unity of the church globally and for all ages is rooted in the fact that together all Christians form one body and confess the same Lord.” —Peter Borgdorff

Peter Borgdorff, former president of the Reformed Ecumenical Council (REC) and member of the World Communion of Reformed Churches Executive Committee (WCRC), passed away on 21 May.

His funeral will be on Friday, 25 May at Shawnee Park Christian Reformed Church in Grand Rapids, Michigan, USA, at 10:30 a.m., with visitation the day prior, Thursday, from 4:00-7:00 p.m. at the same location.

“Today we miss a great man who worked hard towards a stronger communion among the churches,” said Najla Kassab, WCRC president. “The mission of the WCRC was close to his heart and in his prayers. His contribution and commitment to the WCRC was a living example to many who wanted to see how being ‘called to communion’ is lived out in practical ways.”

Peter served on the WCRC Executive Committee from the 2010 Uniting General Council until the 2017 General Council in Leipzig, Germany. He continued to serve the WCRC as an advisor to its finance committee, volunteer bookkeeper and designated agent for its non-profit corporation in the United States. 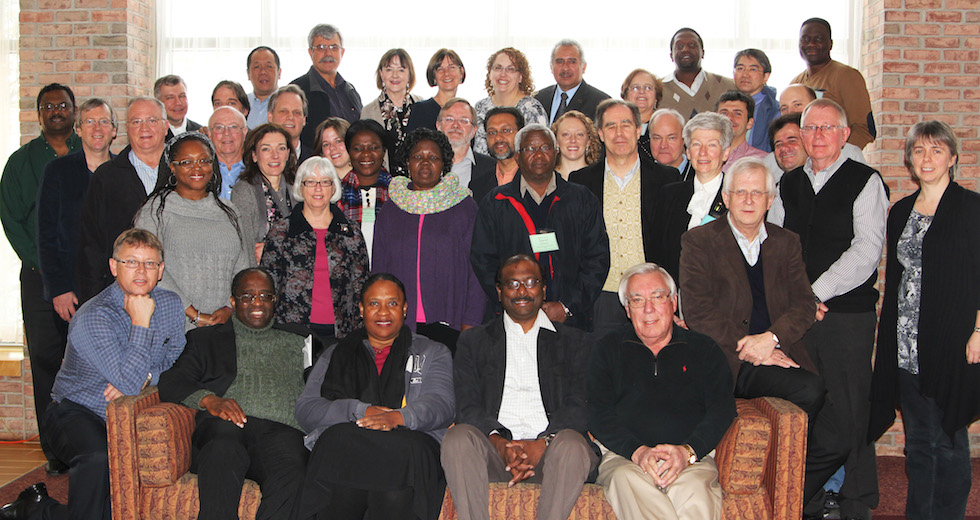 “Peter’s commitment to the WCRC was abundant and abundantly clear to all who had the privilege of serving with him,” said Chris Ferguson, WCRC general secretary. “That he continued to serve the Communion until his untimely death is a testament to this.”

Peter was instrumental in the creation of the WCRC, working closely with both the REC and World Alliance of Reformed Churches (WARC) as the two organizations came together at the Uniting General Council in 2010 to form the WCRC.

“Peter was a dear friend and co-worker in so many ways as we laboured together in uniting the Reformed movement around the world,” said Cliff Kirkpatrick, former WARC president and stated clerk emeritus of the Presbyterian Church (USA).

“We had the privilege of each serving as president of one of the two global Reformed bodies—the REC and WARC—that came together into the WCRC,” Kirkpatrick continued. “Peter’s leadership was key in bringing together Reformed churches into one body to witness more strongly to the love, justice and peace of Christ.”

“It was indeed an absolute pleasure and delight to work with him on the Executive,” said Jerry Pillay, WCRC president from 2010 to 2017. “He had a mind of his own, was decisive, quick and sharp in his thoughts. Peter was someone you could count on, reliable, friendly and generous. He was a wonderful servant of God whose contributions in the ecumenical world would be well remembered and cherished.”

“Peter worked tirelessly for unity and shared mission in the worldwide Reformed family, and beyond,” said Wesley Granberg-Michaelson, general secretary emeritus of the Reformed Church in America. The WCRC’s “vibrant Reformed global witness owes Peter a deep debt of gratitude for being instrumental in its birth and ongoing witness.”

“His commitment to the Lord Jesus Christ and to the unity of the Reformed family of churches was remarkable,” said Setri Nyomi, former WCRC general secretary. “In these 16 years I have known him, I have come to appreciate Peter as a friend and an exemplary man of faith. Our prayers will continue for Janet and the family. We will miss him. The Reformed family worldwide will miss him.”

Peter is survived by his wife of 55 years, Janet (Kuperus) Borgdorff, his children Marcia Deck Borgdorff and Todd Bennane, Nicholas and Jonna Franz Borgdorff, Arlene and Dan DeKam, Trish Borgdorff and Suzi and Andy Bos, along with many, many grandchildren.

Peter’s family immigrated to Hamilton, Ontario, Canada, from the Netherlands in 1951 where he lived until he moved to Grand Rapids, Michigan, in 1962 to attend Calvin College. He graduated from Calvin Seminary in 1969 and obtained a D.Min. degree from Western Theological Seminary in 1990.

He served the Christian Reformed Church in North America, a WCRC member, for more than thirty-eight years in a variety of positions. A decade was spent serving congregations, 13 years in mission administration and then 14 years in denominational administration, including as executive director (under various titles) until 2006.

In lieu of flowers, Peter requested that memorial contributions be sent to the World Communion of Reformed Churches at 1700 28th Street Grand Rapids, MI 49508-1407.